To share your memory on the wall of William Kvetkas, Jr., sign in using one of the following options:

Provide comfort for the family by sending flowers or planting a tree in memory of William Kvetkas, Jr.

Provide comfort for the family by sending flowers or planting a tree in memory of William Kvetkas, Jr.

Stephanie and Dick Schaeffer, Love, Charlie, Patti, Tommy & Jonny, and other have sent flowers to the family of William T. Kvetkas, Jr.
Show you care by sending flowers

Posted Jul 17, 2020 at 09:24am
Bill Kvetkas was an extraordinary "volunteer historian" in NSA's history office (the Center for Cryptologic History) during my tenure as the Center's Chief (2002-2016). Bill had an incredible career that can't be fully captured in an unclassified summary, and at CCH he helped us document important history that otherwise would have been lost. He provided superb support to our research, publication, oral history, and public outreach activities. What was amazing to me was his expertise, his modesty, and his concern for others, which I'm sure are major reasons for his extraordinarily successful career. The contributions he made to NSA, the Intelligence Community, and our Nation leave a truly distinctive legacy. He will be missed, but not forgotten. Bill Williams (Colonel, USAF, ret.)
Comment Share
Share via:
GA

Posted Jul 13, 2020 at 02:01pm
I was Mr. Kvetkas's secretary from 1971 until he left NSA to go to the DCI. I believe that was in 1974. I remember him being very dedicated to the Agency and his family. He was a true gentleman. My deepest condolences to Joan and the family. Ginger Atchison
Comment Share
Share via:
RB

Posted Jul 12, 2020 at 08:25pm
Joan and Family, we are so saddened to learn of your loss. Bill's personal achievements and the many contributions he made during his career on behalf of our country leaves an impressive legacy. I am glad to have had the opportunity to work with Bill at Lockheed and to enjoy the friendship of you both over the years. May the many wonderful memories give you comfort. Rest in peace, Bill. Regards, Rita & John Buzzanca, Gainesville, VA
Comment Share
Share via:
SS

Flowers were purchased for the family of William Kvetkas, Jr.. Send Flowers 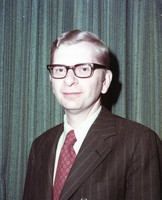