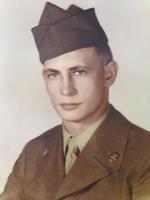 William Blair Conrad, 86, passed away peacefully on Tuesday, April 28, 2020, at his home in Annapolis, MD after a 16 month battle with pulmonary fibrosis. He fought with courage during the last months of his life and still found humor in the everyday. William was born on January 19, 1934, in Harrisonburg, VA to the late Carl and Una McNeal Conrad. His family relocated to the DC area and settled in the Green Meadows area where he grew up. He graduated from Northwestern High School in 1952 and he went on to marry the love of his life Phyllis Tate in 1955. They were happily married for 65 years, the last 32 residing in Annapolis, MD.
William, better known as Bill, Dad, or Pop-Pop, served in the U.S. Army in the mid-fifties as a communications specialist at Ft. Bragg, NC. Bill's natural charm and charisma helped him find success in banking and ultimately led to him being a mortgage loan officer, finishing his career with BB&T in Edgewater, MD. Bill’s easygoing nature made him easy to talk to. His bright personality, warm smile, and kind spirit turned strangers into friends; sometimes lifelong friends. Some of his favorite pastimes and passions included: golf, painting, antique furniture restoration, jokes, Navy sports, charity, and Maryland blue crabs. But mostly his passion was rooted in family. He was a devoted husband, a loving father, and an incredible grandfather. He never missed a baseball or basketball game, marathon, or dance performance, no matter how small. He never passed up a chance to be with family or to make someone smile. Bill had the power to make everyone around him feel special and his generosity touched the lives of so many. He will be sorely missed. He is survived by his wife, Phyllis; a sister, Joanne (Don) Blakley; a sister in law, Sandy (Tom) King; three children, Daryl, Cheryl, and Gary; a daughter in law, Nancy; and two grandchildren, Shelby and Alexander. Due to Covid-19, the services at the Kalas Funeral Home & Crematory, 2973 Solomons Island Rd., Edgewater, MD and burial at the Maryland Veterans Cemetery, Crownsville will be private. A public celebration of Bill's life will be planned in the future. In remembrance of Bill, please donate to Hospice of the Chesapeake, 90 Ritchie Hwy., Pasadena, MD 21122 or American Legion Post 7, 1905 Crownsville Rd., Annapolis, MD 21401. Condolences may be made by using the Memory Wall link on this page.