To share your memory on the wall of Wayland Blowe, sign in using one of the following options:

Please take a moment and leave the family a condolence by using the tab on this page.
Read Less

We encourage you to share your most beloved memories of Wayland here, so that the family and other loved ones can always see it. You can upload cherished photographs, or share your favorite stories, and can even comment on those shared by others.

Our community has lost a treasured member - Larry has been very much in our thoughts during his struggle these last 2 years. His warmth and friendliness will always be remembered. Our thoughts and prayers are with you.

My thoughts and prayers are with you and your family. 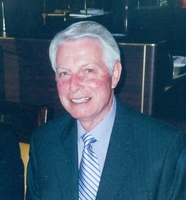