To share your memory on the wall of Warren Schultz, sign in using one of the following options:

Provide comfort for the family of Warren Schultz with a meaningful gesture of sympathy.

Print
Warren W. Schultz, 78, a resident of Edgewater, MD for more than 40 years, died peacefully on Friday, February 7 at his residence. He was born on September 3, 1941 in Emporia, KS to the late Walter and Mary Schultz.

Warren received both... Read More
Warren W. Schultz, 78, a resident of Edgewater, MD for more than 40 years, died peacefully on Friday, February 7 at his residence. He was born on September 3, 1941 in Emporia, KS to the late Walter and Mary Schultz.

Warren received both his Bachelor of Arts (BA) in Biology, with a minor in Physics, and his Masters of Science (MS) in Microbiology from Kansas State at Emporia, KS. He received his Doctor of Science (ScD) in Pathobiology from Johns Hopkins University in Baltimore, MD.

Warren served 18 years as the Associate Superintendent of the NRL Chemistry Division (2001-2019), during which time he twice served as the Acting Superintendent. In recent years he has been the Program Developer and Program Manager of the Submarine Launched, Long Endurance eXperimental Fuel Cell (XFC) unmanned aerial system (UAS). After his retirement in 2019 he continued to serve in these roles as a volunteer emeritus.

Throughout his career, his science and technology development achievements have been recognized with five medals, including the Navy Meritorious Service Medal and Legion of Merit. While at NRL he received the Berman Award, the Navy Meritorious Civilian Service Award and the Delores M. Etter Top Scientists and Engineers for the Year 2014 award from the Assistant Secretary of the Navy (RDA) for successfully demonstrating the Navy's first submerged submarine launched UAS.

In his personal life Warren spent 40 years creating a beautiful waterfront home with his wife, Donna. Boating on the Chesapeake and its tributaries was his passion and while he was dedicated to his country and career, it was spending time with family and friends that he cherished the most. He was a loving and supportive husband, father, grandfather, brother, uncle and friend to many people. He was blessed with six grandchildren whom he adored.

Warren was preceded in death by his son, Daniel Schultz; nephew, Jeffrey Short; grandnephew, Lucas Short; and brother-in-law, Bill Giblin. Warren is survived by his wife of 40 years, Donna Brandt; his daughter and son-in-law, Kathleen and John Leebel; his daughter Kristin Schultz and Todd Droegemeyer; his daughter-in-law, Susan Schultz; his sister, Mary Ann Short; his grandchildren, Else and Adelle Leebel and Madelyn, Avery, Sadie and Quinn Schultz; and many nieces, nephews, grandnieces and grandnephews all of whom he dearly loved.


Friends are invited to celebrate Warren's life at the Kalas Funeral Home & Crematory, 2973 Solomons Island Rd., Edgewater, MD on Friday from 2 to 4 and 6 to 8 pm. Mass of Christian Burial will be offered at St. Mary's Catholic Church, 109 Duke of Gloucester St., Annapolis, MD on Saturday, February 15 at 10:30 am. Interment will follow at Lakemont Memorial Gardens in Davidsonville, MD. In lieu of flowers, donations may be made to For Pete’s Sake Cancer Respite Foundation (takeabreakfromcancer.org).

We encourage you to share your most beloved memories of Warren here, so that the family and other loved ones can always see it. You can upload cherished photographs, or share your favorite stories, and can even comment on those shared by others.

Lauer Construction, Brian Vance & Family, and others have sent flowers to the family of Warren W. Schultz.
Show you care by sending flowers

Posted Feb 14, 2020 at 07:59am
Warren was without doubt one of the nicest, most genuine people I ever knew. He will be missed, but never forgotten by many.

Posted Feb 13, 2020 at 07:49pm
With loving memories of "Warren Schultz", We will miss our dear friend. Sending you thoughts of comfort and peace. With Love, The Jones Family.

Flowers were purchased for the family of Warren Schultz. Send Flowers

Kim Brittingham purchased the Sweet Tranquility Basket and planted a memorial tree for the family of Warren Schultz. Send Flowers

Posted Feb 13, 2020 at 11:44am
With deepest sympathy and wonderful memories - Jeff, Aiden, Emerson and Ainsley Dawson

Flowers were purchased and a memorial tree planted for the family of Warren Schultz. Send Flowers 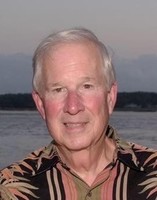