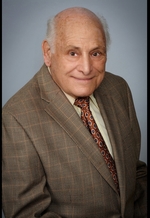 Wallace Lane "Wally" Treiber, 89, a resident of Harwood, MD for sixty-one years, died of Parkinson's disease complicated by pneumonia on Monday, April 6 at the Anne Arundel Medical Center in Annapolis, MD. Born on September 27, 1930 in Hebron, ND to the late John and Erma Treiber, Wally graduated from Hebron High School in 1949 and from North Dakota State University in 1954, where he earned a Bachelor of Science degree in agricultural engineering. He was a 2nd Lieutenant in the U.S. Air Force stationed at Bolling Air Force Base in Washington, DC for two years. From 1956 to 1987 he was a Computer Engineer for the National Security Agency at Ft. Meade, MD, where he worked on the first computers capable of breaking encoded messages. He and his wife purchased a 100-acre tobacco farm in Harwood, MD and raised black angus cows, horses and other livestock. He also grew corn, hay, and soybeans. He worked the farm for 61 years where he raised his four daughters. Wally was dedicated to his community and volunteered his time with the Anne Arundel County Ruritan Club, the South County Concert Association, the Annapolis International Club and other organizations. In his spare time, he enjoyed welcoming friends, family and neighbors to his farm for social gatherings. Wally was preceded in death by his beloved wife of 55 years, Carol Treiber in 2011. He is survived by his daughters, Diane Treiber of Friendship, MD, Carol Ann (Mark) Stauder of Liberty, SC, Darlene Treiber Bryant of Harwood, MD and Marie (Jeff Denny) Treiber of Chestertown, MD; his brother, Duane Treiber of Surprise, AZ and his grandchildren, Douglas and Patrick Bryant, Elizabeth Stauder and Emily Treiber. Due to the corona virus restrictions, funeral services will be private. In lieu of flowers, contributions may be made to the American Cancer Society, P.O. Box 22478, Oklahoma City, OK 73123. Condolences may be made by using the Memory Wall link on this page.