To share your memory on the wall of Velma Trimmer, sign in using one of the following options:

In addition to her parents, Velma was preceded in death by her husband Thomas in 2016; her siblings, Laurie Williams-Reber, George Parker and James "Jamo" Parker. She is survived by her two daughters, Terry (Steven) Cameron of Prince Frederick, MD and Alice (Kenneth) Pilkerton of Shady Side, MD; grandchildren, Avery, Valerie, Lucie, and Sally Pilkerton; siblings, Dr. Charles Parker Jr., Stephen Parker and Trish Miller and several nieces and nephews. Friends and family are invited to celebrate Velma's life on Thursday, September 17, 2020 from 3:30 pm until her service begins at 5 pm at the Kalas Funeral Home and Crematory, 2973 Solomons Island Road, Edgewater, MD. Interment is private.
Read Less

Receive notifications about information and event scheduling for Velma

We encourage you to share your most beloved memories of Velma here, so that the family and other loved ones can always see it. You can upload cherished photographs, or share your favorite stories, and can even comment on those shared by others.

VCA Park Animal Hospital, Trish Miller and Family, and other have sent flowers to the family of Velma LeClaire Trimmer.
Show you care by sending flowers

Posted Sep 16, 2020 at 07:15pm
Your strength and love lives in us. You are part of who we are and are always with us in our hearts. "SO LONG" MY PRECIOUS LITTLE SISTER!

Trish Miller and Family purchased flowers and planted a memorial tree for the family of Velma Trimmer. Send Flowers

Posted Sep 16, 2020 at 06:55pm
Aunt Velma was an inspiration who modeled grit, fierce loyalty, & compassion every day. We are sending endless love and sympathy, all of our love!

Posted Sep 16, 2020 at 03:00pm
Wishing you peace to bring comfort, courage to face the days ahead and loving memories to forever hold in your hearts. Much Love and many hugs!!! 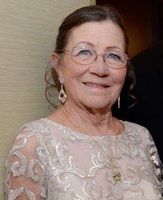