To share your memory on the wall of Thomas King, sign in using one of the following options:

Tom is survived by his wife, of 40 years, Sandra King; his children, Thomas “Tommy” P. King, II and his wife Lisa Anne of West River, Andrew A. King of Pasadena, Edwin E. Dowling, Joseph A. Dowling, James A. Dowling and John A. Dowling; a brother, Michael King and his wife Cassandra of Davidsonville, and sisters, Linda Marie Morris and her husband Brian of Davidsonville, and Toni Roberts and her husband Scott of St.Mary’s; seven grandchildren, Kaitlyn Walsh, Hanna Dowling, Danielle Dowling, Hunter Dowling, Haylee Dowling, and Alex and Delaney King and three great-grandchildren.

A memorial gathering will be held on Friday, August 14 from 2 pm until his service begins at 3 pm at Riva Trace Baptist Church, 475 W. Central Ave. Davidsonville. In lieu of flowers donations may be made to the March of Dimes, 300 W Pratt St #250, Baltimore, MD 21201. Condolence may be made by using the meory wall tab.
Read Less

Receive notifications about information and event scheduling for Thomas

We encourage you to share your most beloved memories of Thomas here, so that the family and other loved ones can always see it. You can upload cherished photographs, or share your favorite stories, and can even comment on those shared by others.

Tim and Jean Desmond, Rose and Mark Stevenson, and other have sent flowers to the family of Thomas P. King.
Show you care by sending flowers

Posted Aug 23, 2020 at 11:07am
We are so sorry for your loss, Tom was a wonderful guy and a fun competitor on the tennis courts. He will be missed. In deepest sympathy Greg & Angie Leihy
Comment Share
Share via:
PC

Posted Aug 14, 2020 at 11:31pm
Just like a tree,our memories of Tom will continue to flourish for years. To the family and friends of Tom King with our deepest sympathy .

Posted Aug 14, 2020 at 12:19am
Our deepest sympathy to Sandy and the entire King family. We are so heartbroken about losing Tom. I first met him on the tennis courts at PRSR decades ago and the first thing I noticed about Tom was his desire to always get better. While he worked tirelessly on improving his own skills, he took great pride in how hard his boys worked on their games as well...he was a really proud father. He was also a very proud husband, always sharing Sandy's victories on the tennis court and comments about how great a mom she was. Tom was one of those rare people that had "IT". With no intention of being in the spotlight, he was. People were naturally drawn to Tom because his kindness, fairness and sincerity were so endearing, but what we will all remember the most about Tom King was his tremendous faith, courage and his indomitable fighting spirit. We shared so many good times over the years that I will cherish. He was the Best!!!!

Posted Aug 13, 2020 at 05:06pm
I have only known Tom for a short time on the Pickleball court and at SportFit but always appreciated his kind encouragement and generous spirit. He was a delight to know and will be dearly missed. My heartfelt sympathies for Sandy and all of the family.

Posted Aug 13, 2020 at 11:17am
A tree will be planted in memory of Tom from the good friends and work colleagues of his sister Linda Morris at the Woods Hole Group. 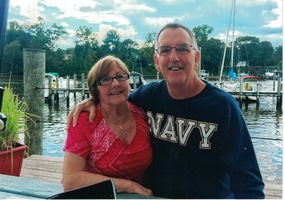 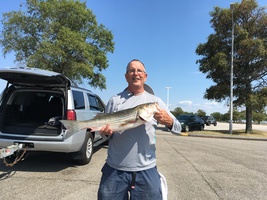 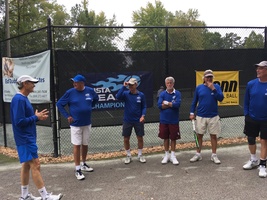 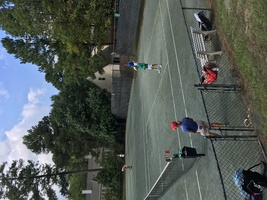