To share your memory on the wall of Terry Putnam, sign in using one of the following options:

Your condolence has been submitted for approval. There may be a delay before posting.

Print
Terry E. Putnam, a resident of Upper Marlboro, passed away on March 28, 2020 at Shady Grove Medical Center in Rockville.

Terry was born on November 26, 1941 in Washington, D.C. to the late Elwood and E. Gwendolyn Putnam. After graduatin... Read More
Terry E. Putnam, a resident of Upper Marlboro, passed away on March 28, 2020 at Shady Grove Medical Center in Rockville.

Terry was born on November 26, 1941 in Washington, D.C. to the late Elwood and E. Gwendolyn Putnam. After graduating high school, he served four years in the United States Air Force in Sacramento, CA in the Air Police guarding nuclear weapons.

Once Terry returned to Maryland, he joined the Prince George’s County Police Department in June, 1965. He was an officer on the street for the majority of his career during which time he served in the Special Operations Division. He also served in the Internal Affairs Section of the department, and in the Robbery division of the Detective Bureau.

During his police career he received numerous Awards of Merit and a number of Letters of Commendation. In June of 1985, Terry retired from the police department and started a new career with the Department of Environmental Resources that lasted 15 years.

Terry’s hobby was gardening and was something of a “gentleman farmer” taking care of his home and the surrounding land. He also enjoyed travelling and for many years he and his family took summer trips throughout the United States in a motor home. For the past ten years he and his wife, Elizabeth, spent their time travelling abroad to a number of countries.

Terry leaves behind a wife of nearly 44 years, Elizabeth, a daughter, Kelly Marie Putnam Benner; a son, Kevin Andrew Putnam; and four grandchildren, as well as a sister, Phyllis P. Nicholson and a brother-in-law, Thomas Nicholson, and nieces and nephews. A private service is being held for Terry. He will be laid to rest at Maryland Veterans Cemetery in Cheltenham, MD.
Read Less

Receive notifications about information and event scheduling for Terry

We encourage you to share your most beloved memories of Terry here, so that the family and other loved ones can always see it. You can upload cherished photographs, or share your favorite stories, and can even comment on those shared by others.

Posted Apr 27, 2020 at 02:55pm
It has taken me a while to try and figure out what to say. Terry had been a customer, and friend for over 20 years at Gardiner Outdoor Products. He always knew what he wanted and in the early days it was just customer, but in later years he was more than that a friend. We shared many conversations about his work life, retired life, and traveling life. Another good one lost but what great memories left behind. Rest in Peace dear friend.
Comment Share
Share via:
KD

Posted Apr 08, 2020 at 02:45pm
I will always think of Terry with a mischievous smile, a ready quip and a helping hand. The tree is a fitting tribute to one who loved nature so much 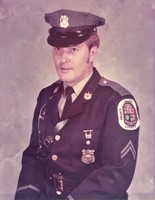