To share your memory on the wall of Steven Prutting, sign in using one of the following options:

Online condolences may be made by using the memory tab on this page.
Read Less

Receive notifications about information and event scheduling for Steven

We encourage you to share your most beloved memories of Steven here, so that the family and other loved ones can always see it. You can upload cherished photographs, or share your favorite stories, and can even comment on those shared by others.

Sandy Venglar, Petra Phillips, and other have sent flowers to the family of Steven Keith "Steve" Prutting.
Show you care by sending flowers

Posted Oct 01, 2020 at 06:15am
First I’d like to send my condolences. Steve, Jimmy Bonacasa and I went to BOCES together. We would ride in Jimmy’s VW together. We always had a good time together. He always treated me with respect and was a good friend to me. So one day we were going to BOCES and were smoking as usual lol, and while in class I started see stars an fell out of my seat. Steve and Jimmy had to take me outside and Steve asked me what happened. When I told him we all started laughing. Awe the good old days. I hope everyone who reads this will get a good laugh out of it. RIP Steve.
Comment Share
Share via:
PP

Posted Sep 29, 2020 at 01:31pm
To the Prutting Family, Sending healing prayers and comforting hugs. My condolences to you and your family. 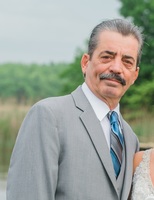