To share your memory on the wall of Sotirios Christoforou, sign in using one of the following options:

Online guestbook available by visiting the link on this page.
Read Less

Receive notifications about information and event scheduling for Sotirios

We encourage you to share your most beloved memories of Sotirios here, so that the family and other loved ones can always see it. You can upload cherished photographs, or share your favorite stories, and can even comment on those shared by others.

Heather Couchenour and With Love, Paul Sophocles & Family sent flowers to the family of Sotirios "Chris" Christoforou.
Show you care by sending flowers

Posted Jul 24, 2019 at 08:48am
Our thoughts and prayers are with the family. I loved the Friday night talks I had with Chris at the restaurant. Definitely will be missed by the community of Annapolis.
Comment Share
Share via:
MT

Posted Jul 23, 2019 at 05:57pm
Hard to believe that Chris is gone. For many, many years Chris was ever a smiling presence wherever one might encounter him: at the restaurant, playing golf, walking the mall, or helping others around Annapolis. Chris will be sorely missed by all who had the pleasure and privilege to know him. Our deepest sympathies to the Christoforou family.
Mary and Ray Turner

Posted Jul 23, 2019 at 01:04pm
Our deepest sympathies go out to your family, we are very saddened by the loss of Chris. We are honored and blessed to have known Chris for over 40 years and will always keep him in our hearts. He was truly a blessing.
Love, Zoya Peskin and family.
Comment Share
Share via:

Posted Jul 23, 2019 at 10:24am
It is with a broken heart that I have to write on this wall. Sotos left this world a better place. His memory will live on forever in the hearts he has changed. I was so looking forward to having him come to Delaware and share stories of the past with us. Sotos was always there to help those in need without looking for a thank you- he gave from his heart.
Comment Share
Share via: 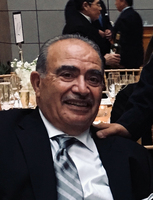 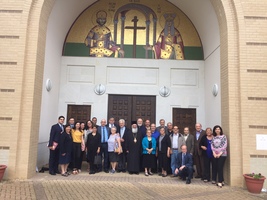 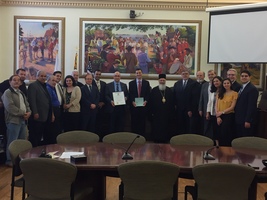 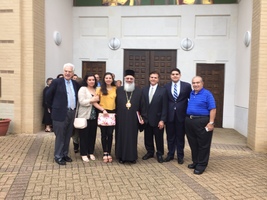