To share your memory on the wall of Shirley Fleming, sign in using one of the following options:

Print
Shirley Mae Fleming, died on January 27, 2020 at Genesis Waugh Chapel Center in Gambrills, MD due to complications from severe diabetes. She was 82 years old. Shirley had resided in Annapolis, MD for 61 years.

Born on March 7, 1937 in W... Read More
Shirley Mae Fleming, died on January 27, 2020 at Genesis Waugh Chapel Center in Gambrills, MD due to complications from severe diabetes. She was 82 years old. Shirley had resided in Annapolis, MD for 61 years.

Born on March 7, 1937 in White Sulphur Springs, WV to the late Ola Susan Perry and William Clifford Perry, Shirley attended White Sulphur Springs Senior High School where she was a majorette, played trombone in the band and played basketball. Shirley also worked in the magazine shop at the famous Greenbrier Hotel.
Soon after she married John K. Fleming, they moved to Annapolis where Shirley raised two daughters and later worked for 20 years as a teacher assistant for Anne Arundel County Public Schools. The family attended First Presbyterian Church of Annapolis.

Shirley loved being with children, especially playing with her grandchildren. She enjoyed going to the beach, playing cards with friends, reading, shopping, being outdoors and visiting her family in West Virginia.

We encourage you to share your most beloved memories of Shirley here, so that the family and other loved ones can always see it. You can upload cherished photographs, or share your favorite stories, and can even comment on those shared by others.

Posted Jan 30, 2020 at 08:05pm
Laura and Margaret, I send my deepest sympathy on the loss of your dear Mother. I remember her every Sunday morning taking care of the babies in the church nursery.
Becky Grigg
Comment Share
Share via:
LS

Casey D purchased the Medium Dish Garden for the family of Shirley Fleming.

Flowers were purchased for the family of Shirley Fleming.

The Ecker's purchased the Peaceful White Lilies Basket for the family of Shirley Fleming. 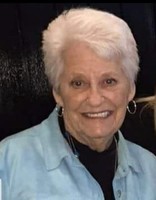