To share your memory on the wall of Scott Seymour, sign in using one of the following options:

Provide comfort for the family of Scott Seymour with a meaningful gesture of sympathy.

We encourage you to share your most beloved memories of Scott here, so that the family and other loved ones can always see it. You can upload cherished photographs, or share your favorite stories, and can even comment on those shared by others.

Posted Oct 28, 2019 at 03:03pm
Chief you were an amazing man. A US Marine who served his country and then as a citizen you served the citizens and guests of the District of Columbia as a District of Columbia Firefighter. You have left a lasting memory for those who followed after you. May your family be comforted at this time by your memories and the legacy you left.

Condolences to Scott's family. He will be greatly missed by all who knew him. Through many years he was a golfing partner to numerous golfers known as the Annapolis Roads Seniors, lately playing at Bay Hills Country Club. He gathered praise for his straight and long drives off the tee. With sorrow. Gene F. Ostrom 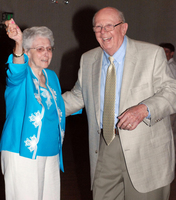