To share your memory on the wall of Romeo Ramirez, sign in using one of the following options:

Provide comfort for the family of Romeo Ramirez with a meaningful gesture of sympathy.

Print
Romeo Ramirez, son of Conrado Ramirez of Bulacan and Serafina Cudal of Guimba, Nueva Ecija was born on October 1, 1938.

He was diagnosed with laryngeal cancer in October 2019. He was undergoing radiation and chemotherapy treatments for ... Read More
Romeo Ramirez, son of Conrado Ramirez of Bulacan and Serafina Cudal of Guimba, Nueva Ecija was born on October 1, 1938.

He was diagnosed with laryngeal cancer in October 2019. He was undergoing radiation and chemotherapy treatments for three and a half weeks. On the morning of December 18, 2019, he was able to say goodbye to his wife Roselina before she left for work. A home health nurse arrived and found that he had died peacefully in his sleep, on the day of his mother’s birth.

Romeo Ramirez grew up in the biggest house, on a corner lot in the center of Guimba, Nueva Ecija. Everyone in town knew it as the Ramirez house, the house with a tower -- three stories high -- from which you could see the municipal office building where his grandfather served as Mayor and the clay tennis courts where Romeo spent most of his youth.

Romeo loved to play tennis, often skipping classes at the Philippine College of Commerce, now called the Polytechnic University of the Philippines. When he wasn’t on the clay court, he attended enough classes to meet his first wife, Angelita Valderrama. Together they raised four children, Roehl, Cristina, Corina and Rayner.

Romeo Ramirez immigrated to the U.S. in 1980 with his two children, two years after his wife, Angelita moved to New York City. Romeo loved “The Big Apple” as he liked to call it and the family settled in a small apartment in front of the United Nations on Tudor City Place. He found work as a bookkeeper at a law firm a few blocks away, across the street from the New York Public Library. Like many immigrants, he got a second job at a liquor store where he developed a palate for wine, in addition to the beer and scotch for which he also had a taste.

Romeo loved to cook and entertain at the family’s tiny apartment, feeding as many guests as he could on special occasions or just a regular Saturday night. The entertaining slowed down when his first wife, Angelita, was diagnosed with breast cancer. Romeo lovingly cared for his wife during her illness in the Big Apple and then in Fort Washington, MD where he was the Treasurer of the Filipino-American Multicultural Center.

True to his name, Romeo found love again in Roselina Ramirez who he met in Fort Washington, Maryland and married in 2008. Romeo and Rose whom he called HB (short for HoneyBee) enjoyed travelling around the U.S. and visiting the Philippines.

Romeo and Rose traveled to Manila in 2014 and then again in 20016 where they celebrated a family-reunion Christmas with his sister Natividad Taningco’s family, with whom he lived for a couple of years and where the grandkids called him “the cool lolo.” It was the last time he reunited with sister Naty, whom he loved so dearly. (p.s. Tom - thank you for this)

One of the highlights of his last trip to the Philippines in 2016 was walking his son, Rolex down the aisle for his wedding/vow renewals with Cynthia. He didn’t like walking long distances but he did a week’s worth of walking at this wedding.

In his later years, Romeo enjoyed watching Jeopardy, sports and ESPN, but the Wimbledon Tennis Championship was his favorite event. The grass courts at Wimbledon were not his favorite turf, of course, but he will soon return to his home turf of clay and rest one last time.


Romeo is survived by his second wife Roselina Ramirez, to whom he was grateful for lovingly caring for him during his last weeks; Rolex and Cynthia, their daughters, Julianne, Michelle and Sam; daughter Corina Ramirez and son-in-law Tom Sutton and their daughter Elle Sutton; son Rayner Ramirez and daughter-in-law Amber Payne and their children Kaya Ramirez, Zea Angelita Ramirez and Ruby Mylas Ramirez-Payne; step daughter Tonirose Alipio, her husband John Alipio, their children, Amelia and Oliver who always looked for Lolo Romy, and stepson Erik Requieron.

For a quiet person, he had a lot of friends

He got a part time job at a liquor store

We encourage you to share your most beloved memories of Romeo here, so that the family and other loved ones can always see it. You can upload cherished photographs, or share your favorite stories, and can even comment on those shared by others. 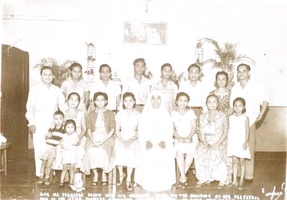 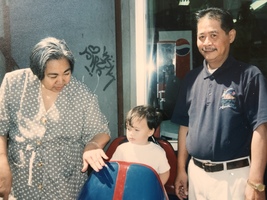 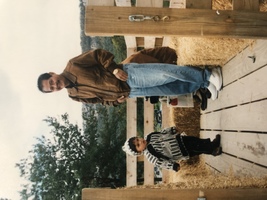 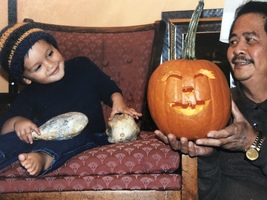