To share your memory on the wall of Robert Supler, Jr., sign in using one of the following options:

Provide comfort for the family of Robert Supler, Jr. with a meaningful gesture of sympathy.

We encourage you to share your most beloved memories of Robert here, so that the family and other loved ones can always see it. You can upload cherished photographs, or share your favorite stories, and can even comment on those shared by others.

Old Glory Harley Davidson, Mike and Nan Vantucci - Harley-Davidson of Frederi, and others have sent flowers to the family of Robert Ray Supler, Jr..
Show you care by sending flowers

Posted Aug 13, 2019 at 12:29pm
Dear Bob,
Unfortunately, I didn't have the opportunity to meet you but if Tammy loved you, and I know that she did with all of her heart, well... then I loved you too. She was your angel and you were hers. Wish I could have laughed with you and shared a conversation about the joys of riding. Rest in peace Bob. We will meet one day. Save a ride for me.
Peace and Rest,
Joni
Comment Share
Share via:
KG

Posted Aug 11, 2019 at 02:39pm
We are saddened by Bob Junior's passing. Our parents were life long friends of his parents. They were stationed in Pennsylvania and Germany together. We had lots of great times with Bob Junior and his parents, great memories growing up. We are so sorry for your loss and we send our thoughts and prayers to Bob Senior, Bob Junior's two sons and their families. Karen (Gasaway) Gittleman
Comment Share
Share via:
HS

Flowers were purchased for the family of Robert Supler, Jr.. Send Flowers 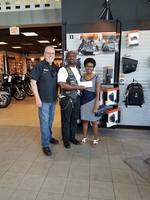 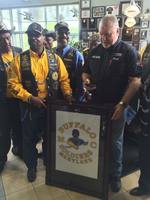