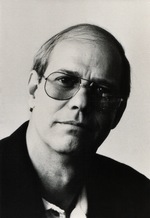 BoB Oechsler, 71, a 40-year resident of Edgewater, MD passed away peacefully surrounded by family on Saturday, June 6, 2020 after a 2 ½ year battle with small cell lung cancer.

BoB was born on April 1, 1949 in Washington, DC to the late Goldie Dobbins and SFC James Allen Miller. He was lovingly adopted at an early age by the late Edie and Lt Col Robert Oechsler.

During his adolescence, BoB’s family lived in Turkey. While there, he enjoyed their culture and quickly learned to speak Turkish. During that time, he played baseball and was a youth swimming champion. He held several swimming records and excelled as a catcher as well as many other positions in baseball.

After becoming an Eagle Scout and graduating from Surrattsville High School in 1967, BoB joined the U.S. Air Force and served 4 years during the Vietnam war in Laos and Cambodia where he was an announcer as well as a television and radio production technologist. He received six medals and honors throughout his service. Upon returning home, he studied Accounting and Architecture at the University of Maryland.

A large portion of BoB’s life focused on robotics and UFO investigations. Most notably the work on the Guardian (Unsolved Mysteries) and Gulf Breeze (1988). While working with NASA, he explored robotic sciences and created groundbreaking remote-controlled machines.

A proud American with a diverse knowledge of politics, languages and a self-taught engineer, BoB cherished all of his family and friends. He had expert backgammon skills, the ability to fix or create anything and always time to talk. BoB valued many things in life including a passion for sports. His teams were the Washington Redskins; Wizards; Nationals; Capitals; San Francisco Giants and the Maryland Terrapins. He read the Washington Post every day, stayed current on all world news and was a member of All Hallows Parish.

His talent on the conga drums will be missed by all who had the opportunity to hear and see him play.

BoB is survived by his wife, Kirsten; children, Dan Oechsler of Tampa, FL (Custom Builder and Musician), Tracey Tio (fiancé Steve Fahey) of Alexandria, VA (Geospatial Engineer), and Skylar Deichmann of Edgewater (University of South Carolina Student); siblings, James A Oechsler of FL, Donna Williams of DE, Betty Windsor of MD, Will Oechsler of CO, and Scott Oechsler of GA; as well as, Jim A Miller II, of PA, Steve Miller of England, Virginia "Ginny" Lyon of MD, Barbara Glaze of NC, Joan Miller and Susan Miller; grandsons, Daniel Gavin and Desmond Layne Tio both of Alexandria, VA; many cousins, nieces and nephews all of whom he loved.

Due to COVID-19, Maryland is under Phase 2 restrictions, a funeral service cannot be held at this time. We will be holding a funeral, as per BoB’s wishes at a later date, yet to be determined, at All Hallows Episcopal Church, 3600 Solomons Island Road, Edgewater, MD. Following the funeral we will have a reception. Check back to this site for the date of the funeral. When we are able to schedule, we will announce the funeral date and time here.

Online condolences may be left by using the memory tab on this page.