To share your memory on the wall of Richard Walter, Sr., sign in using one of the following options:

Provide comfort for the family by sending flowers or planting a tree in memory of Richard Walter, Sr.

Provide comfort for the family of Richard Walter, Sr. with a meaningful gesture of sympathy.

Receive notifications about information and event scheduling for Richard

We encourage you to share your most beloved memories of Richard here, so that the family and other loved ones can always see it. You can upload cherished photographs, or share your favorite stories, and can even comment on those shared by others.

Posted May 06, 2020 at 06:59pm
Mike, Brother I am so sorry to hear of you and your families loss of your Dad. Although I did not know your Dad it looks like he lived a great life and did a lot of things he really enjoyed. It is always the saddest when we loose a family member and there are NO words that comfort us in these times, so just know I am thinking and praying for you and the family. Love you Brother, Rembrandt
Comment Share
Share via:
LR

Posted May 03, 2020 at 10:07am
Dearest Donna Jeanne and Family, May you feel the Peace that Passes Understanding and be comforted by the Love pouring down on you at this time. 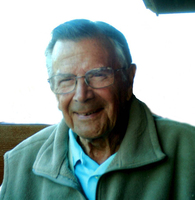