To share your memory on the wall of Randolph Burke, sign in using one of the following options:

Known as Randy or R.B., he was born October 4, 1958, in Washington, D.C., to the late Robert E. and Dorcus H. Burke. Randy worked as a product manager, carpenter and as a salesman at Tradewinds Marina. He enjoyed woodworking, boats, cooking, collecting knives, and hunting.

In addition to his parents, Randy was preceded in death by his two sisters, Jeanette Burke "J.B." Music and Sandra Lee Burke
Randy is survived by his wife of 33 years, Hope Burke; a daughter, Amanda Lee Potts of Deale, MD; and a nine-month-old granddaughter, Anora Jaymes Potts.

A celebration of Randy's life will be held on Saturday, September 21 at 1:00 pm at 5907 Rockhold Dr, Deale, MD. Online condolences may be made by visiting the link on this page.
Read Less

Receive notifications about information and event scheduling for Randolph

We encourage you to share your most beloved memories of Randolph here, so that the family and other loved ones can always see it. You can upload cherished photographs, or share your favorite stories, and can even comment on those shared by others.

Posted Oct 03, 2019 at 07:42pm
Randy was a awesome friend willing to help anyone when they needed it. I have lots of memories. Randy helping me frame my basement and telling me he is not gonna help unless I get rid of the guy that was currently helping me. LOL. Randy new his stuff when it came to carpentry, he was what I call “old school” Unlike tradesmen today..We did many projects together including building his club room, shingling his roof on the porch, my French door, wiring his garage...I could go on and on. Randy loved to cook as well as me and of course eat crabs and suck down oyster shooters. Those good times will be missed but never forgotten. Rest In Peace my good friend!!!
Comment Share
Share via:
K

Posted Sep 23, 2019 at 10:44am
Hope - This hurts me to my heart to hear of the passing of Randy. He was such a great guy with a loving heart. I know you and your family will forever miss his wonderful spirit. I am keeping you in my prayers. - Love Kristal
Comment Share
Share via:
DW

Posted Sep 20, 2019 at 07:23pm
Hope and Amanda,
Craig and I were so very sorry to hear about Randy. We are keeping you both in our thoughts and prayers.
Love, Craig and Debbie
Comment Share
Share via: 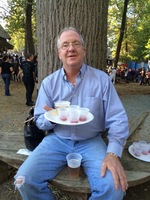 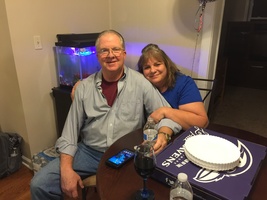 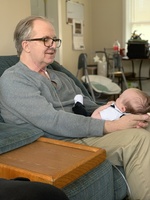