To share your memory on the wall of Randall Patton, sign in using one of the following options:

Provide comfort for the family of Randall Patton with a meaningful gesture of sympathy.

Randy was retired from Giant Food a... Read More
Randall “Randy” Eugene Patton, 64, of North Carolina, previously of Southern Maryland, passed away on October 10, 2019. Born on December 3, 1954 to Calvin and Betty Patton in Takoma Park, Maryland.

Randy was retired from Giant Food and Harris Teeter. He enjoyed coin collecting, gun collecting, and spending time with his wife and dogs.

Receive notifications about information and event scheduling for Randall

We encourage you to share your most beloved memories of Randall here, so that the family and other loved ones can always see it. You can upload cherished photographs, or share your favorite stories, and can even comment on those shared by others.

Dance & Gym Expressions , the entire staff, Terri and Dave Buckler, and others have sent flowers to the family of Randall Eugene "Randy" Patton.
Show you care by sending flowers

Posted Oct 16, 2019 at 05:19pm
Wishing you peace to bring comfort, courage to face the days ahead and loving memories to forever hold in your hearts.

Posted Oct 16, 2019 at 08:18am
Our dearest sympathy to the Patton family from Kenny Livia Carrie Tommy and Danny love you all

Flowers were purchased for the family of Randall Patton. Send Flowers 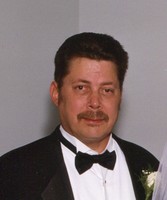