To share your memory on the wall of Paul Flynn, sign in using one of the following options:

Provide comfort for the family of Paul Flynn with a meaningful gesture of sympathy.

Receive notifications about information and event scheduling for Paul

We encourage you to share your most beloved memories of Paul here, so that the family and other loved ones can always see it. You can upload cherished photographs, or share your favorite stories, and can even comment on those shared by others.

Love Holly and Tracey Hamilton and Julie, Mark, Peter, Tim, Hannah, and Jonathan Hami have sent flowers to the family of Paul B. Flynn.
Show you care by sending flowers

Posted May 29, 2019 at 10:15am
I always remember him sitting in his chair in front of the fire place/TV as Kelly and I would come in and chat with him. Many times he would just smile at us. He is a kind man and is truly missed.
Comment Share
Share via:
HS

Posted May 28, 2019 at 07:27am
Debra, Kelly, Nick, Emerson & Addilyn, We are deeply sorry for your loss, you are all in our thoughts and prayers during this difficult time.

Flowers were purchased for the family of Paul Flynn. Send Flowers

Posted May 26, 2019 at 09:38am
Paul had a big heart for his Wife, Daughter and Two Granddaughters. He always showed them love and strength through the years. His memory will never end in our house. He will live on in spirit and be apart of the memories we create in the present and future. Rest In Peace.
Comment Share
Share via:
KK

Posted May 26, 2019 at 08:38am
Bidh bas a fagail cridhe Sam bith nach urrainn do neach a leitgheas. Tha gaol a fagail cuimhne nach urrainn do dhuine Sam bit a ghoid.
Footprints in the sand soon disappear but the incoming tide can never remove the memory of or the love we feel.

Posted May 25, 2019 at 02:44pm
In loving memory of my brother Paul. You will live on in the hearts of those left behind. Rest in Peace.Marie 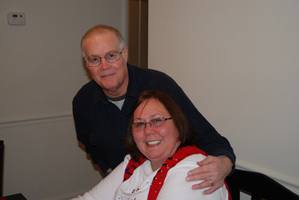