To share your memory on the wall of Pantaleon Athanitis, sign in using one of the following options:

Provide comfort for the family of Pantaleon Athanitis with a meaningful gesture of sympathy.

Pantaleon was born in Desphina, Greece (near Delphi) in 1926. He survived WWII and the Greek Civil War of 1946-48. He later immigrated to Brooklyn, NY in 1968. Here, he worked as a waiter across from Carnegie Hall. Together with Katina, he became a property owner of several buildings in Brooklyn, which they still own today. He was a strong man—in body and spirit—a devout Greek Orthodox who was very generous to his friends and family. He loved to make people laugh. He will be sorely missed.

Visitation will be at Ss. Constantine & Helen Greek Orthodox Church, 2747 Riva Rd., Annapolis, MD on Monday, January 20 from 10 am until his funeral service begins at 10:30 am. Interment will follow at St. Demetrios Greek Orthodox Cemetery in Annapolis, MD.In lieu of flowers the family suggests donations be made to St Jude Children’s Research Hospital, by calling Donor services at 800-822-6344 or visiting them online at https://www.stjude.org/ (Please reference Memorial ID #: 11904807)

We encourage you to share your most beloved memories of Pantaleon here, so that the family and other loved ones can always see it. You can upload cherished photographs, or share your favorite stories, and can even comment on those shared by others.

Gabriel Family and From Bhanu Gorti and Global EE Team have sent flowers to the family of Pantaleon Athanitis.
Show you care by sending flowers

Gabriel Family purchased the Bright and Beautiful Spray for the family of Pantaleon Athanitis. Send Flowers

Posted Jan 17, 2020 at 03:04pm
Our deepest sympathies to you and your family. We hope you find peace and comfort in your time of need.

From Bhanu Gorti and Global EE Team purchased flowers and planted a memorial tree for the family of Pantaleon Athanitis. Send Flowers

Posted Jan 17, 2020 at 02:55pm
Please accept our most heartfelt sympathies for your loss. Our thoughts are with you and your family during this difficult time.

Posted Jan 17, 2020 at 10:54am
Please accept our most heartfelt sympathies for your loss... Our thoughts are with you and your family during this difficult time.

Flowers were purchased for the family of Pantaleon Athanitis. Send Flowers 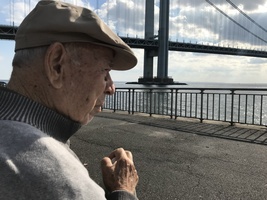 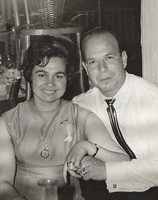