To share your memory on the wall of Michael Mattera, sign in using one of the following options:

Provide comfort for the family of Michael Mattera with a meaningful gesture of sympathy.

A celebration of Michael's life will be planned for later this year. Donations may be made to Saint Leo the Great Roman Catholic Church, 227 South Exeter St. Baltimore, MD 21202.

Receive notifications about information and event scheduling for Michael

We encourage you to share your most beloved memories of Michael here, so that the family and other loved ones can always see it. You can upload cherished photographs, or share your favorite stories, and can even comment on those shared by others.

Posted May 06, 2020 at 07:22am
I had the pleasure of getting to know Mike when we worked together at EMC, then continued when we both moved to Pure. We became fast friends and were planning a dinner with significant others on the waterfront in Annapolis. Mike was a sweet man who took care of many... RIP my friend. Never made that dinner happen, regretfully, but will think of you the next time we're there Mike. - Mango
Comment Share
Share via:
SM

Posted Apr 27, 2020 at 09:15am
Michael,
You always had a way to put everyone above yourself. You loved and cared for people. You always had a joke to lighten the mood. You would talk about those you would meet on your trips and how to connect with people like you would any family member. Everyone you met you always left an impression on them. I will miss the times we had together, the places we went and the memories we made. You became my older brother and family. I hope to live and love like you did. I know you are happy up there with Beck and am sorry you had to suffer to get there. Love you bud.
-Sean
Comment Share
Share via:
K

Posted Apr 24, 2020 at 04:51pm
I know Mike for about 5+ years, we worked together very closely in the last 1 year as he was my 'work partner' at Pure Storage. Not a day goes by where we didn't talk for atleast 10 times a day and we travelled all over the world in this last one year. He was a super nice person, humble and down to earth. I always called him an 'Honorary Citizen of India' due to his 40+ trips to that country. He always enjoyed the trips, people and the connections he made. The trips gave us many moments to share about our personal lives and that's where you get to see what a wonderful person he was. It's still hard to believe about his sudden departure. I will miss my friend forever. My sincere condolences to his family in this difficult time. May his soul rest in peace.
Comment Share
Share via: 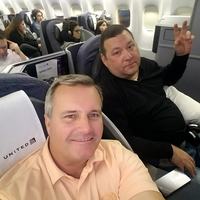 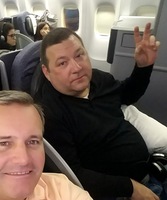 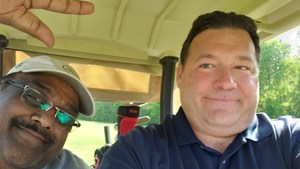