To share your memory on the wall of Mearl Clemons, sign in using one of the following options:

In addition to his parents, Mearl was preceded in death by his son, Lawrence Clemons. He is survived by his loving wife of 65 years, Frances Alvina Clemons and their four children, Gary, Carolyn (Ray), Lynn (Farrall) and Brian. Mearl leaves behind nine grandchildren, and eight great-grandchildren with one more on the way. He is also survived by his five sisters and two brothers.

Mearl will forever be loved and missed by his family. He was a man of honor and character that showed in all aspects of his life. He was devoted to his wife and family until his last breath.
A celebration of Mearl's life will be held on Saturday, August 29, 2020 from 2 pm to 3 pm at the Kalas Funeral Home and Crematory, 2973 Solomons Island Rd., Edgewater MD.

A service with military honors will start at 3 pm.

Interment at Maryland Veterans Cemetery at Cheltenham at a later date.

A zoom meeting has been established for those who can not make it out the the funeral home.

Kalas Funeral home is inviting you to a scheduled Zoom meeting.

Receive notifications about information and event scheduling for Mearl

We encourage you to share your most beloved memories of Mearl here, so that the family and other loved ones can always see it. You can upload cherished photographs, or share your favorite stories, and can even comment on those shared by others.

Laura&Pete,Stacy&Melvin,Shanon&Antony,Patty Melodi and Kenny and Kathy sent flowers to the family of Mearl Clemons.
Show you care by sending flowers

Posted Sep 08, 2020 at 08:08pm
I'm so very sorry for the loss of a great loving, wonderful, and caring man. He would stop what he was doing to help in a moment's notice. I have lots of great memories of him because he was my father in law for over 27 years. My dad Jack Joiner was in the Air Force with him for the last 10 years until they both retired in 1977. They were in the same squadron ( Nightwatch). I'll always hold those memories close to my heart. Until we see each other again. I know you're at peace and in pain no more.
Comment Share
Share via:
HS

Posted Aug 29, 2020 at 09:53am
With loving memories of "Mearl Clemons". Forever in our hearts. Love Always Rex, Susan and Decker family.

Flowers were purchased and a memorial tree planted for the family of Mearl Clemons. Send Flowers

Flowers were purchased for the family of Mearl Clemons. Send Flowers 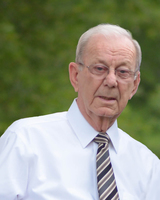 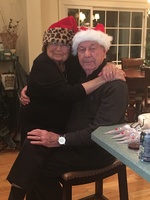 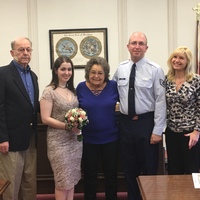