Obituary for Martha A. Lewis 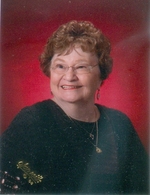 Martha Ann Lewis, 88 of Annapolis, Maryland, previously of Edgewater, Maryland, passed away peacefully on October 24, 2020. Martha was born on January 5, 1932 in Fairview, North Carolina, to late George A. Stevens and Annie Stevens. She was a member of Trinity United Methodist Church and Annapolis Yacht Club.

She is preceded in death by her husband C. Scott Lewis, her brother George Stevens, Jr. and son, Mark Lewis. She is survived by her children, Kermit R. (Kerry) Lewis of Fredericksburg, VA, Rebecca (John) Starrett of Waterford, CT, Elizabeth Lewis of Annapolis and daughter-in-law Becky Belanger Lewis of Edgewater, also eight grandchildren, six great-grandchildren and one great-great grandchild. Martha’s genuine spirit of optimism, fun and warm hospitality will be remembered by many. Martha kept pushing through recently with little regard to pain or inconveniences she may have had over the past few years.

The spark within her soul helped her rule out any negative aspects of illness and concentrate on positive things including travelling, bible studies, family and friends gatherings and artistic hobbies. Martha retired from Anne Arundel County Public Schools as a Librarian Assistant after over 20 years. She worked at several schools in the County including Edgewater, Benfield, Eastport and Annapolis Elementary. But her greatest love was her family and she was wonderfully devoted to her four children.

Family and friends are invited to celebrate Martha’s life on Saturday, October 31, from 12pm until her funeral service begins at 1pm at the Kalas Funeral Home & Crematory, 2973 Solomons Island Road, Edgewater, Maryland. A private interment will be held at the Lakemont Cemetery in Davidsonville. In lieu of flowers, memorial contributions may be made to Trinity United Methodist Church in Annapolis and to the South Anne Arundel Lions Club in Galesville, Maryland. Online condolences may be made at KalasFuneralHome.com