To share your memory on the wall of Mae Licitra, sign in using one of the following options:

Provide comfort for the family of Mae Licitra with a meaningful gesture of sympathy.

Mae Chiantella Licitra, a New York City native who moved to Washington, D.C., after World War II to raise a family and spread her care to a wide arc of extended family, died of multiple healt... Read More
Mae Licitra, homemaker and banker, dies at 95

Mae Chiantella Licitra, a New York City native who moved to Washington, D.C., after World War II to raise a family and spread her care to a wide arc of extended family, died of multiple health conditions on October 27 at age 95.

Before marrying Michael C. Licitra in 1954, she had advanced to head teller at a branch of the Chemical Bank in New York City. After coming to Washington and before bringing up her three children, she worked at the Naval Research Laboratory Federal Credit Union.

Mrs. Licitra was born in Long Island City, N.Y., on Jan. 17, 1924, one of five children of Nathan and Caroline Chiantella, who called her “the little mother” as they worked many jobs and ran two businesses through the Great Depression. She graduated from Catholic schools and attended Hunter College before taking a job with Chemical Bank to help support the family. There, she balanced daily ledgers by hand and trained male employees who were fast-tracked in their careers ahead of women.

Moving to Washington after her marriage, Mrs. Licitra navigated what was then a sleepy southern city by learning to drive, learning golf, building a home in suburban Maryland and helping her family achieve success. She saw everything through the lens of family, and took great delight in her 25 nieces and nephews as well as her own children. On becoming an empty-nester, she traveled extensively with her husband around the United States and to Italy. She also volunteered at an arts center, and took part in various clubs and activities.

After the death of her husband in 2002, Mrs. Licitra moved from the family home in Fort Washington, Md., to Leesburg, Va., and finally to Columbia, Md.

She is survived by her children, Annette Licitra of Alexandria, Va., Michael Licitra of Chicago, and Robert Licitra and his wife Linda Yokoi of Fulton, Md., two grandchildren, Rachel Stirba Moneypenny and Robert Akiro Licitra, as well as her brother, Nathan Chiantella of Leesburg, Va., her sister, Margaret Silk of Centennial, Colo., and many nieces and nephews.

A viewing will be held at Kalas Funeral Home in Oxon Hill, Md., on Sunday, Nov. 3, from 2 to 5 p.m. A Mass of Christian burial will take place at St. Mary’s of Piscataway in Clinton, Md., at 12:30 p.m. on Monday, Nov. 4, with burial to follow at Maryland Veterans Cemetery in Cheltenham, Md.
Read Less

We encourage you to share your most beloved memories of Mae here, so that the family and other loved ones can always see it. You can upload cherished photographs, or share your favorite stories, and can even comment on those shared by others.

from Karen & Chris Camacho and Dylan & Morgan Chia and Mary Jane Chiantella have sent flowers to the family of Mae Licitra.
Show you care by sending flowers

Graceful Wreath was purchased for the family of Mae Licitra. Send Flowers

Flowers were purchased for the family of Mae Licitra. Send Flowers

Flowers were purchased for the family of Mae Licitra. Send Flowers 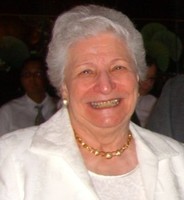