To share your memory on the wall of Kevin McCook, sign in using one of the following options:

He graduated from Classical High School in Springfield, Massachusetts with Varsity letters in swimming and crew, and subsequently accepted a Congressional nomination to the United States Naval Academy, where he reported on 28 June 1962. Following a serious eye injury incurred during a LASER research project, he graduated from the Naval Academy in 1966 with a degree in Electrical Engineering and accepted a commission into the United States Navy Supply Corps.

He next reported to Navy Supply School in Athens, Georgia teaching supply management to active duty Ensigns, reservists, and foreign officers. He then moved on to Michigan State University to complete a 2-year MBA in 1 year before reporting to USS WICHITA (AOR-1) as supply officer.

He completed two more combat deployments on WICHITA before reporting to Naval Station Norfolk as the Supply Operation Officer for the Industrial Naval Air Station. He was then admitted to Armed Forces Staff College in Norfolk, Virginia for the Junior Course in Military Education.

Following Armed Forces Staff College, he spent the next two years as the Executive Officer of the Navy Cargo Handling and Port Group where he was responsible for deploying cargo teams worldwide. He then spent the next three years at Naval Supply Center Norfolk and while living in Virginia Beach as a Navy Commander, he met and later married the love of his life, Linda Irons McCook and their 37-year adventure began.

Upon completion of his tour at Naval Supply Center Norfolk, he reported with Linda as his new bride to Naval War College in Newport, Rhode Island where he simultaneously completed a second Master’s Degree in Foreign Policy at Salve Regina University. Adhering to the old Navy tradition that paybacks are hell, he then reported to the Naval Supply Systems Command in Washington, DC as the Navy Inventory Accuracy Crisis Manager.

He emerged from this tour having been selected for promotion and reported as the Force Supply Officer for Commander Fleet Air Mediterranean in May 1985. During this tour, both Kevin and Linda completed off-duty Masters Degrees in Education and Professional Development through Boston University.

He returned to Washington DC in August 1988 with Linda and their two new sons to lead Special Projects including the Navy Supply 2010 Study before being selected for Major Command as the Commanding Officer of Naval Supply Center Puget Sound – responsible for supporting Aviation, Surface, and Submarine activities in the Pacific Northwest. He was then also nominated as a Deputy Commander at Naval Supply System Command and spent the last six months of his command tour simultaneously filling the billets in Washington DC and Puget Sound, thus filling two flag officer billets at the same time.

He retired from the Navy on 1 December 1993 with the Bronze Star Medal, the Legion of Merit (3), the Meritorious Service Medal (2), the Joint Service Commendation Medal with Combat "V", Navy Commendation Medal, the Combat Action Ribbon, and a number of campaign and unit awards. Following his military retirement, he commenced a second career in the information technology industry where he spent 14 years as an IT Executive in Business Development and Sales.

During retirement, Kevin and Linda resided at their home in Vienna, Virginia and added a “beach house” on Selby Bay in Edgewater, Maryland. He was first struck by prostate cancer in 2003, and while continuing treatments and monitoring, he and Linda spent the next 16 years living life to the fullest while traveling extensively within the US and abroad. His pace only slowed when a more vicious cancer evolved as small-cell carcinoma of the bladder in 2019. Both cancers would ultimately be attributable to combat exposure to Agent Orange in Vietnam many years earlier, but despite the awful nature of the disease, his indomitable spirit – and his love for family, friends, and life – continued unabated.

Captain Kevin McCook will be laid to rest at the United States Naval Academy columbarium with a memorial service at 1400 on Saint Patrick’s Day, Tuesday, 17 March 2020 at the Naval Academy Chapel. An Irish wake will follow at the Naval Academy Club with a robust “Celebration of Life.” To ensure that there is sufficient cheer on-hand for all to enjoy, the family requests the favor of an RSVP to Kevin.McCook.Memorial@gmail.com by Monday, 9 March for those who plan to attend the wake.

For those interested in sharing stories about Kevin’s life, or sharing pictures, the family requests that they be e-mailed to Kevin.McCook.Memorial@gmail.com (Word or PDF files preferred) so that they can be compiled into a remembrance book.


Condolences may be made by using the Memory Wall link on this page.
Read Less

We encourage you to share your most beloved memories of Kevin here, so that the family and other loved ones can always see it. You can upload cherished photographs, or share your favorite stories, and can even comment on those shared by others.

Bill and Carol Conrad purchased flowers for the family of Kevin McCook.

Posted Mar 08, 2020 at 09:33pm
I met Kevin in my early teens I was working at Hudson’S variety store near Craigville Beach. Kevin and his family had a Summer Home on Strawberry Hill Rd in W. Hyannisport. we became instant and close friends kevin was 2 years older than me. We spent a great deal of time together for many Summers we were walking distance from each other’s homes. I remember spending much time at Kevin’s Summer Home . What a Great Family his Dad Dr Mc Cook was very friendly if I remember correctly He was Superintendent of Schools in Springfield. His Mom was a Great Lady they always welcomed me with open arms the whole family was great and he had some great looking Sisters also.

We grew up I remember Kevin Stopping by our home in his uniform one Summer when he was going to the Academy. Wow he looked some great.

As we grew older we lost touch with each other. Kevin was extremely Smart as you all know he was a great friend a true Gentleman .

My wife and I spent 3days at the Naval Academy last March . Her dad was in the. South Pacific in world War as a Radio man on a Bomber and once Admiral Nimez flew on it and he was his Radio man for a day. I had 2 uncles that were also in The South Pacific as fighter pilots one John Sparks who was a LT. Navy pilot. My uncle Byron Leary a Fighter pilot also in the South Pacific in the Marines who became a General Acting
Chief of Staff UNTSO in canal Suez crisis in the 50.’s Also had a class mate in High School William Buddy Flanagan who became an Admiral
We called the Academy told Them our Story. We spent 3 days at the Academy what a Great tour They gave us with a Retired Navel Officer to accompany us.

We learned so much in those 3 days. The Cadets are the brightest our Nation has. I thought of Kevin when I was their. How these Cadets make through I don’t know. They all become Officers and Gentlemen and Gentlewoman.
I knew our Nation was the Greatest and Kevin was part of it.

I m proud to have known him. A true friend.


We called the Academy told them Our Story 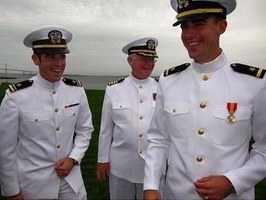 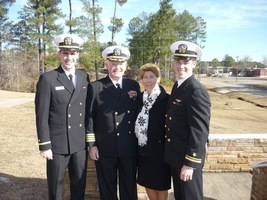 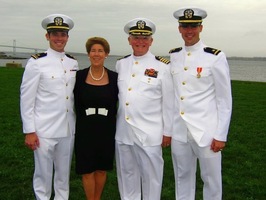 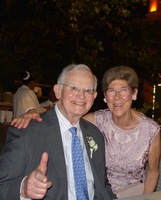