To share your memory on the wall of Kenneth Moreland, sign in using one of the following options:

Provide comfort for the family of Kenneth Moreland with a meaningful gesture of sympathy.

Online tributes and condolences can be made by using the link on this page.
Read Less

Receive notifications about information and event scheduling for Kenneth

Deborah and Toby sent flowers to the family of Kenneth V. "Captain" Moreland.
Show you care by sending flowers

Posted Sep 30, 2019 at 07:51pm
To the family I am very sorry for your lost. As a coworker and friend Captain Moreland was a good leader who had a great impact on my Police career. He wll be missed and may he rest in peace. God Bless. David S. Chapman
Comment Share
Share via:
DT

Posted Sep 27, 2019 at 01:04pm
We love you Pop Pop and will miss you. We know you are up in heaven talking to everyone and singing in God's heavenly choir. We love you so much.

Deborah and Toby purchased flowers for the family of Kenneth Moreland. Send Flowers

Posted Sep 27, 2019 at 07:57am
The crew at Wood Creations wants you to know we are thinking of you during this difficult time.

Flowers were purchased for the family of Kenneth Moreland. Send Flowers

Posted Sep 26, 2019 at 07:52pm
With loving memories of Pop pop. His life and legacy will never be forgotten. Love, Sarah and Brian

Flowers were purchased for the family of Kenneth Moreland. Send Flowers

Posted Sep 26, 2019 at 04:27pm
Rick - Our warmest condolences to you and your family at this very sad time. Love, Your Ticketmaster Family 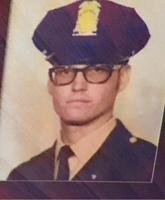