To share your memory on the wall of Karl Hetherington, Jr., sign in using one of the following options:

Provide comfort for the family by sending flowers or planting a tree in memory of Karl Hetherington, Jr.

Provide comfort for the family of Karl Hetherington, Jr. with a meaningful gesture of sympathy.

Karl “Van” Hetherington, beloved husband, father, grandfather, brother, uncle and friend passed away May 7 suddenly at his home in Edgewater, MD. He was 75 years old. The first son of Karl Sr. and Agnes (Greer) Hetherington, Karl was born in Savannah, GA. His father was in the FBI and was stationed in a number of states before settling his family in Maryland.

Karl began his Catholic education at St. Michael’s in Silver Spring, MD, continuing to St. John’s Military High School, Class of 1963. He then attended Mount St. Mary’s College graduating with a BS in Economics and received a Juris Doctor Degree from the University of Baltimore. He was an active alumnus at both St. John’s and Mount St. Mary’s where he maintained lifelong friendships. He also remained connected with St. John the Evangelist in Silver Spring.

Karl had a great love for the beach, especially Dewey, and could ride a wave like no other. He loved music and was an exceptional dancer. He coached his girls’ CYO basketball and softball teams and took on the role of President of the CYO. He loved playing tennis and volleyball where he led the Dabys Kickers to numerous AA championships. He enjoyed watching college and professional sports, but the Washington Redskins were always his favorite. He worked for Geico before building a career in print sales, ending at EU Services. Karl was an avid boater and enjoyed his recent part time job at Sandy Spring Bank in Edgewater. He will be missed at the drive thru.

He is survived by his wife of 20 years, Korry Hetherington. His children include Katherine Hetherington Paine (Stuart), Kimberly Hetherington Seiler (Matt), Robert Hatzes, Nick Hatzes (Roxanne) and Nina Ovian (Theo). He was a proud grandfather to his 7 grandchildren Henry Seiler, Jack Paine, Mandy Paine, Anthony Seiler, Matthew Seiler, Wyatt Richardson, and Kylee Hatzes. Karl will also be remembered fondly by his siblings, Kay Danna, Jim Hetherington (Kyung), Debbie Fontana (John), and Bob Hetherington (Marlena), as well as his many nieces and nephews. He had many close friends, but we wish to thank John Dondero, his best friend since childhood, for his love and support through this difficult time. Services will be held at a future date.

In lieu of flowers, the family suggests memorial contributions be made in Karl’s memory to St. John’s College High School or Dreams for Kids DC in Washington, DC.

Receive notifications about information and event scheduling for Karl

We encourage you to share your most beloved memories of Karl here, so that the family and other loved ones can always see it. You can upload cherished photographs, or share your favorite stories, and can even comment on those shared by others.

Posted May 18, 2020 at 08:07am
Debbie, Our condolences to you and your family on the passing of your brother, Karl. May our friendship and prayers ease you through this challenging time. Love, Patty and Glenn.
Comment Share
Share via:
LW

Posted May 17, 2020 at 11:10pm
Lived across the street from Karl on Cedar St. when we were children. Many happy memories of us neighborhood kids playing together and celebrating birthdays. His mom used to babysit me. Thoughts and prayers for his entire family.
Comment Share
Share via:
A

Posted May 17, 2020 at 01:57pm
Karl always had a big smile and a friendly hello to everyone he met. We will miss seeing him from time to time at Manor. Our deepest condolences to everyone in the Hetherington family. Cill and Art Fuccillo and the entire Fuccillo family.
Comment Share
Share via:
AB

Posted May 17, 2020 at 09:02am
Dear Kimberly,
I’m so sorry about your father. I’m thinking of you and your family.
Sincerely,
Amy Ballard
Comment Share
Share via:
K

Posted May 16, 2020 at 10:29am
Kim and family - Wishing you peace to bring comfort, courage to face the days ahead, and loving memories to forever hold in your hearts. As you grieve, know I'm praying for you. -Kristin
Comment Share
Share via: 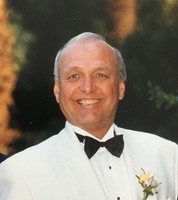