To share your memory on the wall of Joyce Masterson, sign in using one of the following options:

Print
Joyce Mae Masterson (Nee Ford) a 46 year resident of Annapolis, and previously Washington D.C. and Bethesda MD, passed away peacefully in her sleep at home August 21, 2020 following a long illness. She was 82.

Known to family and frien... Read More
Joyce Mae Masterson (Nee Ford) a 46 year resident of Annapolis, and previously Washington D.C. and Bethesda MD, passed away peacefully in her sleep at home August 21, 2020 following a long illness. She was 82.

Known to family and friends as “Bird,” she was born on May 20, 1938 in Washington DC. In Annapolis following her retirement as a Legislative Assistant with the Maryland State Senate, Joyce was active as a volunteer Anne Arundel General Hospital, with OIC and served as Executive Director of OHLA. She was also an avid writer, known for many Capital Gazette Letters to the Editor! She most enjoyed reading on her deck and pier overlooking Boyds Cove, watching the wildlife and sunsets off the South River.

Friends and family are invited to Joyce “Bird’s” Life Celebration at the KALAS FUNERAL HOME & CREMATORY, 2973 Solomons Island Rd., Edgewater, MD on Monday, August 31, 2020 from 12:30 p.m. until time of services at 1:30 pm. Interment in the near future and announced when conditions permit all her friends and family to travel to Maryland. In lieu of flowers, contributions may be made to the SPCA of Anne Arundel County,
P.O. Box 3471, Annapolis, MD 21403. An Online Guest Book is available by visiting the link on this page.
Read Less

Joan beck, Holly Bryan & Mark Backus, and other have sent flowers to the family of Joyce Mae Masterson (Burrows).
Show you care by sending flowers

Posted Aug 30, 2020 at 06:42pm
My sincere and heartfelt condolences to Norm and the rest of Joyce's family. It has been my pleasure to work with Joyce over the past several years on the OIC Board and she most definitely will be missed.
Comment Share
Share via:
HB

Posted Aug 29, 2020 at 02:05pm
Please accept our most heartfelt sympathies for your loss... Our thoughts are with you and your family during this difficult time.

Posted Aug 28, 2020 at 08:40am
Please accept our most heartfelt sympathies for your loss... Our thoughts are with you and your family during this difficult time.

Flowers were purchased for the family of Joyce Masterson. Send Flowers

Posted Aug 27, 2020 at 05:30pm
I was fortunate to work at OHLA when Joyce was the director there. She was the kindest and most understanding boss I‘ve ever had. Condolences to her family. Gracias, Joyce! 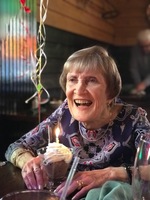