To share your memory on the wall of Joyce Hullings, sign in using one of the following options:

Joyce lived a full life that included graduating from Maryland Park High School in 1946. She was a proud homemaker and mother. She taught Sunday School for 46 years at her former church, St. Barnabas Episcopal Church in Oxon Hill, MD. For the past three years, she has been a member of The Episcopal Church of St. John the Baptist in Milton, DE, where she regularly attended and remained involved with the Sunday School. She enjoyed watching baseball, in particular the Washington Nationals. One of her greatest pleasures was being able to watch the Washington Nationals win the World Series this year. She enjoyed being active in her garden, swimming, dancing, and spending time with her family.

Family, friends and all whose lives were touched by Joyce are invited to Kalas Funeral Home & Crematory, 2973 Solomons Island Rd., Edgewater, MD from 2-4 pm and 6-8 pm on Monday, December 2. The family will greet all who wish to attend the funeral service at All Hallows Brick Church, 3600 Solomons Island Rd, Edgewater, MD, on Tuesday, December 3 at 10 am. Burial will immediately follow at Cedar Hill Cemetery, 4111 Pennsylvania Ave, Suitland MD.

The family strongly requests in place of flowers, donations are being accepted at:
The Episcopal Church of St. John the Baptist, The Joyce D. Hullings Memorial Fund, P.O. Box 441,Milton, DE 19968.

Online condolences may be made by visiting the link on this page.
Read Less

Posted Nov 29, 2019 at 07:18pm
I remember when Mom first moved over here, and Susan brought her out to the Cracker Barrel and we had brunch.
She was so happy, she liked the food there and was so happy to be out and about.
I will be forever grateful for the times i got to see mom and spend time with her, she was a beautiful person.
She is with her beloved now, dancing and enjoying herself, happy and pain free.
Sincere condolences,
Wendy Gill
Comment Share
Share via: 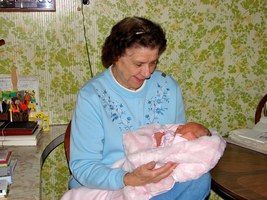 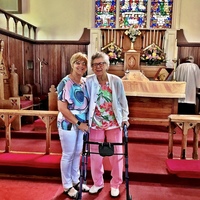 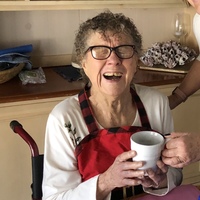