To share your memory on the wall of Jon Sullivan, sign in using one of the following options:

Jon was born on March 11, 1937 in Washington, D.C. to the late... Read More
Jon Jenness Sullivan “Sully”, 83, a 12 year resident of Annapolis and previously of Alexandria, VA, passed away on Wednesday, June 3, 2020 at Anne Arundel Medical Center.

Jon was born on March 11, 1937 in Washington, D.C. to the late Kenneth T. and Carrie M. Sullivan. He was a graduate of Landon School in Bethesda, MD and Brown University in Providence, RI. He was the proud owner of Fahrney’s Pens in Washington, DC.

He is survived by his children, Chris J. Sullivan of Annapolis and Maria Brooke Hanson of Upper Marlboro and two brothers; Kenneth M. Sullivan of Chesapeake Beach and Dr. Robert Sullivan of Denver, CO. He is also survived by his grandchildren, Robert A. Hanson and Tyler A. Hanson, both of Upper Marlboro. Interment will take place during a private ceremony at the Resurrection Cemetery in Clinton, MD. A Celebration of Life will be held at a later date.

In lieu of flowers, please make a donation to the Alzheimer’s Association. Online condolences may be made by visiting the link on this page.
Read Less

Receive notifications about information and event scheduling for Jon

We encourage you to share your most beloved memories of Jon here, so that the family and other loved ones can always see it. You can upload cherished photographs, or share your favorite stories, and can even comment on those shared by others.

Posted Jun 10, 2020 at 08:08am
Jon was a wonderful , caring neighbor and friend . He will be remembered by all who knew this gentleman who lovingly tended his home as much as his friends. Jon enjoyed romping with our dog, Gabby, and we all laughed as they chased each other
around the yard. Those who enjoyed playing pickleball with Jon will remember his enthusiasm for the game. We shall miss you,
Doug and Pauline Cook 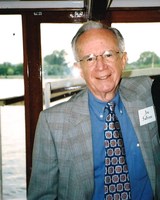