To share your memory on the wall of Johnny Guy, sign in using one of the following options:

Receive notifications about information and event scheduling for Johnny

We encourage you to share your most beloved memories of Johnny here, so that the family and other loved ones can always see it. You can upload cherished photographs, or share your favorite stories, and can even comment on those shared by others.

Posted May 27, 2020 at 02:59pm
When I first went to work at the International Association of Chiefs of Police in 1998 Johnny was already working for the State Department. What I remember most about Johnny was that he was a true Gentleman, who always treated everybody, regardless of their standing, with a great deal of respect. It was rare for him not to have a smile on his face which uplifted those around him. While we never socialized, I considered him a true friend on a personal basis, and a revered colleague on a professional basis. Speaking with Johnny was always a highlight of my day, and his light will never fade from my memory. I am truly saddened, and give my sincere condolences to the family. My respects for a truly wonderful man. May he rest in peace.

Posted May 18, 2020 at 02:08pm
Please accept my condolences on behalf of the Rufus Youngblood family.

Posted May 18, 2020 at 02:00pm
While I had met Mr. Guy in the past, I did not remember him until I presented my father's story at a MUSSS meeting in November 2018. He graciously welcomed me and shared some of his memories of working with my father with me - stories I will forever cherish. I am so grateful that I had this opportunity to talk to him, and I understand why Mr. Guy was so respected by my father and so many. What a wonderful person! My thoughts and prayers are with the family during this difficult time. I know he will not be forgotten. God Bless, from Rebecca Youngblood Vaughn
Comment Share
Share via:
DK

Posted May 16, 2020 at 04:39pm
Sorry to hear of Johnny’s passing. Johnny made the trains run on time so to speak. Come to think of it, he made the planes, boats and automobiles run on time as well when it came the security of Congressional foreign travel. Johnny always had a smile and a friendly conversation when we met. He has many friends on Capitol Hill. The staff of the Sgt at Arms of the US House of Representatives mourn the loss of our good friend.
Comment Share
Share via:
MR

Posted May 15, 2020 at 09:33pm
I worked with Johnny for many years while he was at Dignitary Protection and I was with SOD. Great Man and my Friend.
Comment Share
Share via: 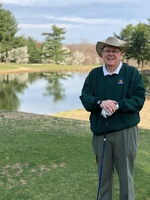 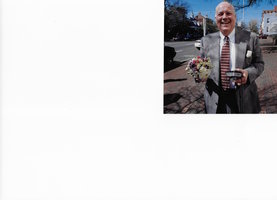 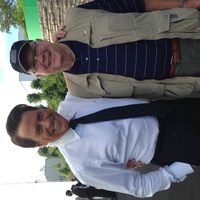