To share your memory on the wall of John Vinciguerra, sign in using one of the following options:

Johnny grew up in Southeast DC, the youngest of 5 siblings. After high school, he started his career at Lustine Chevrolet painting cars an... Read More
John J. Vinciguerra, 80, of Clinton, Maryland, died unexpectedly on July 23, 2019, at his home.

Johnny grew up in Southeast DC, the youngest of 5 siblings. After high school, he started his career at Lustine Chevrolet painting cars and from there he moved to sell cars which he did until the 1970s. He needed a change from the auto industry so he got into real estate which is what he was doing up to the day he passed.

He loved the Redskins, fishing, spending time on the boat and with family and friends. His family was everything to him; he would say often that he didn’t know what he would do without his two girls who will miss him everyday!!

One of his frequent sayings was “can’t we all just get along?” He would try to sing “Get Along” from Kenny Chesney but could never quite get the words right; it would make us all laugh. That’s what he did.

“Get along while we can
Always give love the upper hand
Paint a wall, learn to dance
Call your mom, buy a boat
Drink a beer, sing a song
Make a friend, can’t we all get along”

He is predeceased by his parents, John and Antionetta Vinciguerra; a brother, Joseph; and his wife Shirley.

Johnny will be remembered by his family, friends, and anyone who knew him as an extraordinary man. He made friends wherever he went and was always happy to help those in need. He was a caring person who touched people’s hearts. Anyone that came in contact with him instantly formed a bond with him.

Friends are invited to celebrate John's life at the Kalas Funeral Home & Crematory, 2973 Solomons Island Rd., Edgewater, MD on Wednesday, July 31, 2019, from 2 to 5 pm. Interment private. In lieu of flowers, contributions may be made at https://www.gofundme.com/ritchie-strong
Read Less

The Glasgows, Henry & Pat Quattlebaum and James & Amy Hambey, and other have sent flowers to the family of John J. Vinciguerra.
Show you care by sending flowers

The Glasgows purchased flowers for the family of John Vinciguerra. Send Flowers

Flowers were purchased for the family of John Vinciguerra. Send Flowers

Posted Jul 30, 2019 at 12:30pm
So sorry for your loss and our deepest sympathies during this difficult time. Your family is in our thoughts and prayers.

Posted Jul 30, 2019 at 09:36am
May you be comforted by the outpouring of love surrounding you. We hold you close in our thoughts and prayers. 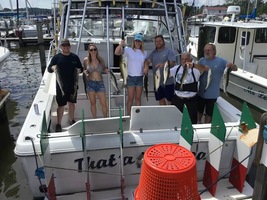 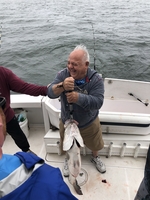 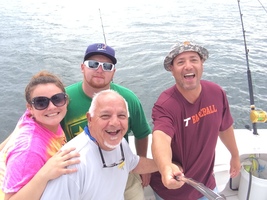 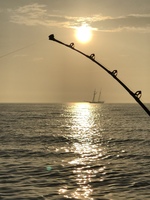