To share your memory on the wall of John Lane, sign in using one of the following options:

Provide comfort for the family of John Lane with a meaningful gesture of sympathy.

Please take a moment and leave the family a condolence by using the link on this page.
Read Less

Posted Jan 04, 2020 at 10:38am
My now deceased wife Linda once said of John: “He is probably the most easy going person I have ever met. Everybody would like John.” It has been my privilege to know John and Ruth Ann. It will truly be a blessing when our living God awakens John in the new world to come. George Molnar

Posted Jan 03, 2020 at 09:11am
Bill and I arrived in Florida Sunday and went to Skinnys at Homes Beach passing by Bradenton and thinking of you. Only to find the obit a few days later. We are so sorry to hear of your loss. We are in Englewood, so if you venture to Florida give us a call

Posted Dec 30, 2019 at 10:22am
Dear Ruth and Tamara are prays are with u during this trying time of the lost of your dear father and husband .Tamara Bob and Rebecca are here your you always love you Rebecca hoffman
Comment Share
Share via:

Posted Dec 28, 2019 at 01:58pm
My favorite memories of Uncle John are sailing, skiing, playing airplane simulator games, and of course, seeing his awesome train table! I am sincerely sorry he is gone.

Flowers were purchased for the family of John Lane. Send Flowers 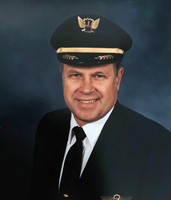