To share your memory on the wall of John Hayes, sign in using one of the following options:

Provide comfort for the family of John Hayes with a meaningful gesture of sympathy.

John Hayes was loved more than he would ever believe, and our little family will no longer be whole without him. We will miss his quiet presence, his keen sense of humor, his sense of justice, his love of theatre and the arts, his enthusiasm for family visits, admiration for a job well done, addiction to Jeopardy!, and wild enjoyment of sneaky bowls of diner soup—the older the diner, the better—to which many of us were accomplice over the years.

In the late 1950s, after serving in Germany as a sergeant in the U.S. Army, John made his way south to the Washington, D.C. area from his native Vermont to study at D.C. Teachers' College, eventually earning a Masters Degree in Education at the University of Maryland. He was an insatiable reader and loved poetry, prose, news, golf, and politics (as a young man, he was even an elevator operator on Capitol Hill, and had great anecdotes), and he delighted in good conversation about all of the above.

John loved to mix different brands of coffee and experiment with brewing methods to get that perfect cup of Joe. An animal lover, he enjoyed playing ball with his adoring dogs, who are lost without him, and wondering where he is. He liked classic movies (Captains Courageous; Song of Bernadette) and was thrilled to discover that he could listen to old-time radio shows on his smartphone. John had a lovely voice for recitation, which he enjoyed doing with his siblings, and was a fine baritone, eventually directing the choir at church.

John Hayes was one of that now all-too-rare breed of men—the kind who showed his selfless devotion to his family by getting up at 5:00 a.m. in sickness and in health, for nearly 4 decades to commute to his job as a vice-principal in the Maryland Public School System. He stood unfailingly by his wife and children through health problems, engine trouble, and thousands of sundry curve-balls thrown at us in the Game of Life. There were plenty of things he could have done for himself and didn't, in order to take care of us, and we are all the better for his unselfish dedication. John Hayes was an outstanding husband and dad, and no one will ever live up to him. We can't believe he is no longer here with us, although in many ways, he always will be. The world is emptier and grayer without him, and no monument to him could have befitted or pleased him more than to know that his three girls would go forward in life as strong, self-sufficient, unsinkable women, and we love and miss him deeply.

In lieu of sending floral tributes, our family requests that those who are so inclined to make a contribution in his memory to one of his favorite charities. John was especially fond of Special Olympics, and any charity involved in animal welfare, especially those working with dogs. Our family will hold a private celebration of John's life at our home, and we thank everyone for their messages of support at this sad time.

"We never lose our loved ones. They accompany us; they don't disappear from our lives. We are merely in different rooms."
―Paulo Coelho, Aleph

Posted Jan 13, 2020 at 02:33pm
My brother-in-law. Couldn't have chosen a better one,if given the choice. I've known him since I was nine years of age,and that is a long time ago. Had the honor of having him in my life-and can't imagine him not being there anymore.
Always willing to help others,and honest to a fault! He will be greatly missed by all who knew him, and most of all his family.
Feel no guilt in laughter

Feel no guilt in laughter, he’d know how much you care.
Feel no sorrow in a smile that he is not here to share.
You cannot grieve forever; he would not want you to.
He’d hope that you could carry on the way you always do.
So, talk about the good times and the way you showed you cared,
The days you spent together, all the happiness you shared.
Let memories surround you, a word someone may say
Will suddenly recapture a time, an hour, a day,
That brings him back as clearly as though he were still here,
And fills you with the feeling that he is always near.
For if you keep those moments, you will never be apart
And he will live forever locked safely within your heart.
* * *
Comment Share
Share via: Posted Jan 12, 2020 at 03:39pm
"We are merely in different rooms." -- Paulo Coelho. I like that. In other traditions, as those of the indigenous Yaquis of México, we are merely on different spiritual planes; alas, they are planes which are very difficult to reach. Yet those we love are never really gone. Their wisdom, their words, their love for us, our memories of them are preserved with us as long as we live. Photos, letters, ephemera of their lives become more precious with each passing year. My hope for John Hayes's family is for peace, love, healing, and time to care for each other and for themselves as this loss takes its long journey across their hearts.
Comment Share
Share via: 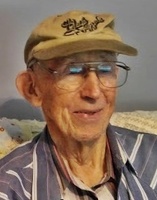 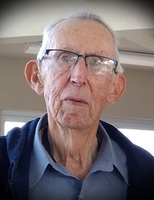 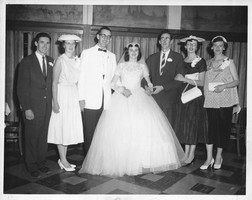 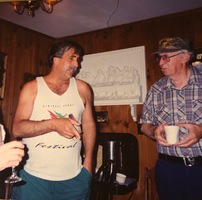