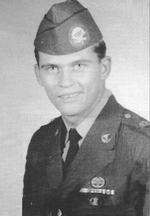 John (Jack) Lawrence Fraber passed away suddenly on January 5, 2021. He is survived by his daughter/best friend Christina Fraber of Greenbelt, MD, his sister Geraldine Tyler and many nieces and nephews. He was preceded in death by his brothers William Patrick Fraber, Jr. and Daniel James Fraber and his sisters Patricia Ann Pearson and Agnes Maureen Park.

John was born in Washington, D.C. on March 13, 1946 to Catherine Grace Whelan and William Patrick Fraber. He excelled in sports growing up in Brookland and playing in Turkey Thicket. He then went on to serve as a medic and paratrooper in Vietnam where he saved many lives. John was extremely proud of his service to his country as a member of the 82nd and 173rd Airborne Divisions and he never lost those heroic qualities. He was always willing to lend a hand and offer kindness and humor in any situation.

Jack Fraber was a charming man who could make friends with anybody in an instant. He lived in Greenbelt, MD for many years where he made many friends while working as an elevatorman and raising his daughter. He worked hard installing and repairing elevators for many years as a member of Local #10 Union. Once retired, he most enjoyed hanging out with his daughter and their cat Snowy, watching his beloved local football and baseball teams and John Wayne movies, sitting on the balcony enjoying nature and feeding the squirrels, reading the Sunday newspaper while drinking his coffee and socializing at the American Legion in Lanham, MD.

Jack was an old fashioned gentleman in a world where that is exceedingly rare. His larger than life presence, deep voice, twinkling blue eyes and quick wit will be unbelievably missed by all that knew and loved him. John will be interred at Arlington National Cemetery (where he always dreamed of spending his well earned eternal rest) at a later date.

Please sign the guestbook for the family at the link on this page.