To share your memory on the wall of Joan Johnson, sign in using one of the following options:

Provide comfort for the family of Joan Johnson with a meaningful gesture of sympathy.

Print
Joan was born on November 8, 1946 at Columbia Hospital for Women.

Joan went home to be with the Lord on January 7, 2020, at Georgetown University Hospital after a long battle with cancer. She is preceded by her parents, Walter A. Johnso... Read More
Joan was born on November 8, 1946 at Columbia Hospital for Women.

Joan went home to be with the Lord on January 7, 2020, at Georgetown University Hospital after a long battle with cancer. She is preceded by her parents, Walter A. Johnson and Ethel V. Johnson. She is survived by her brother, Walter J. Johnson, Niece Shakira Johnson, Great Niece, Kylie R. Tate, cousins, Author and his wife, Pat Colvin, Eddyce Colvin, and longtime friend, Frazer Walton and many special forever longtime and friends. She graduated from Immaculate conception High School in Washington, DC in the class of 1964.

After graduation she worked for the U.S. Department of Justice and retired after thirty-seven (37) years of public service. She received many awards and commendations during her public service. Joan took trips to Europe and often attended the U.S. Open Tennis Championships with her good friends.

We encourage you to share your most beloved memories of Joan here, so that the family and other loved ones can always see it. You can upload cherished photographs, or share your favorite stories, and can even comment on those shared by others.

Flowers were purchased for the family of Joan Johnson. Send Flowers

Posted Jan 13, 2020 at 08:39am
My sincere condolences to the entire Johnson Family, other family members, and close friends.
Rest in peace, Mommie, I love you so much & I miss you already...
India Flowers were purchased for the family of Joan Johnson. Send Flowers 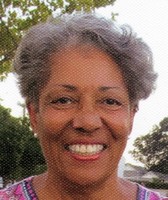 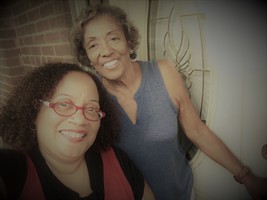