To share your memory on the wall of Joan Donovan, sign in using one of the following options:

Provide comfort for the family of Joan Donovan with a meaningful gesture of sympathy.

Receive notifications about information and event scheduling for Joan

We encourage you to share your most beloved memories of Joan here, so that the family and other loved ones can always see it. You can upload cherished photographs, or share your favorite stories, and can even comment on those shared by others.

Posted Apr 05, 2020 at 12:08pm
Dan and Joan were the most wonderful neighbors when we first moved to Gingerville. Since they had two sons and a daughter, they shared great advice to us, a young couple with two sons and a daughter.
I will never forget when we were building our home our sons had dirt battles on the mounds of dirt dug for the foundation. When the yard was finally being leveled and the dirt piles plowed down, Joan walked over and said she was disappointed to see the dirt piles go since our boys were having so much fun. What neighbor would ever want to look at dirt piles because the children were having fun? Joan Donovan.
When our daughter would collect their mail when Joan and Dan were away, she couldn’t wait to take the mail over to them upon their return. When our daughter would stay for more than an hour I would ask what took so long. She would say, “Mr. and Mrs. Donovan asked me what was happening in my life and I told them. They were really interested.”
We were blessed to have the Donovans as neighbors for 30 years.
Much love, Dan and Jessica Raspa
Comment Share
Share via: 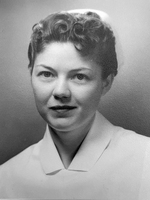