To share your memory on the wall of Jeffrey Haugh, sign in using one of the following options:

Receive notifications about information and event scheduling for Jeffrey

We encourage you to share your most beloved memories of Jeffrey here, so that the family and other loved ones can always see it. You can upload cherished photographs, or share your favorite stories, and can even comment on those shared by others.

Sue Knobeloch and Dawn Halfaker sent flowers to the family of Jeffrey William Haugh.
Show you care by sending flowers

Posted Sep 02, 2020 at 09:10am
We send our love with this grove of trees- a tribute to and enduring remembrance of Jeff & his love of the outdoors. We wish you all peace & comfort.

10 trees were planted in the memory of Jeffrey Haugh

The memories of my very brief first meeting with Jeff has lingered in my heart for decades. His charismatic presence made a deep impression on all of us who met him on that day. We were proud of his mother Jeannie Haugh for the kind of son she had raised. Through my conversation with Jeannie I came to admire Jeff for his courage, for the kind of family he nurtured and for the tremendous inner strength in which he battled his illness. Jeannie's is an exemplar for a mother. It touched my heart so deeply to read, "Angie has got this". My kindest prayers are with the family, Angela, Christos, Alexa and Demi.

It is with a grieving heart I convey my respectful condolences.

Posted Sep 10, 2020 at 09:16pm
I was so sorry to read about the loss of Jeff and I wanted to send my warmest condolences to the family. To lose someone so loved, a part of your life, can bring such sadness but the God of all comfort tells us at 2 Kings 20:5 he feels our pain. At jw.org we can read John 5:28, 29 that you will have him in your life once again. May all the joyful memories you have give you calm to help you through until God’s promises come true. Again so very sorry for your heartache 💐
Comment Share
Share via:
BL

I wish I could have been there with you for the Celebration of Jeff ‘s Life. After reading his obituary I was overwhelmed with joy, pride and love for a man that I was blessed to have been a part of his life.

I had the privilege of being Jeff’s High School Weight Training Teacher and Football Coach. My first memory of Jeff was in the spring of 1988. He attended a Little VIKS Football Overnighter/ Skills Camp we put on for the 4th, 5th & 6th graders. (see attached camp picture). In the 44 years of coaching high school and junior high football, that first memory of Jeff will always be imprinted in my mind. He was so eager, motivated, and yes, focused on his mission to play football. Over the years, when someone would ask me why I coached? A pictured of Jeff immediately came to mind. He represented all of the young boys who dreamed of being a Curtis Viking and playing football Friday Nights in Viking Stadium. That was the reason I coached.

What made Jeff special, was his total commitment to all of it. He looked forward to the out of season preparation, summer camps, pre practice meetings, practices and the games. Jeff also, on a daily bases, was committed to being the best student-athlete, teammate, and person he could be. He was the ultimate leader though his example and his commitment to excellence.

Jeff joined a long list of Viking of football players who were recruited by Coach Grobe and had accepted nominations to the Air Force Academy: Mark Allers, Dan Korslund, Joel Emery, K C Cronk, Aaron Albertson, Kevin Murray. Two of the former VIKS that had inspired Jeff to follow them to the Academy were K C Cronk ‘87, who had baby sat him and Aaron Albertson ’91, #55, who he had admired as a player, hence his jersey number choice, #55.

As I reflect on our final conversation, Jeff gave me one the greatest gifts of all. He showed me in the last days of life how to prepare those you love for the end of your LIFE.

I loved your son, your husband and your dad as my own son. He has and always will be with me. I will continue to keep you in my thoughts and prayers. 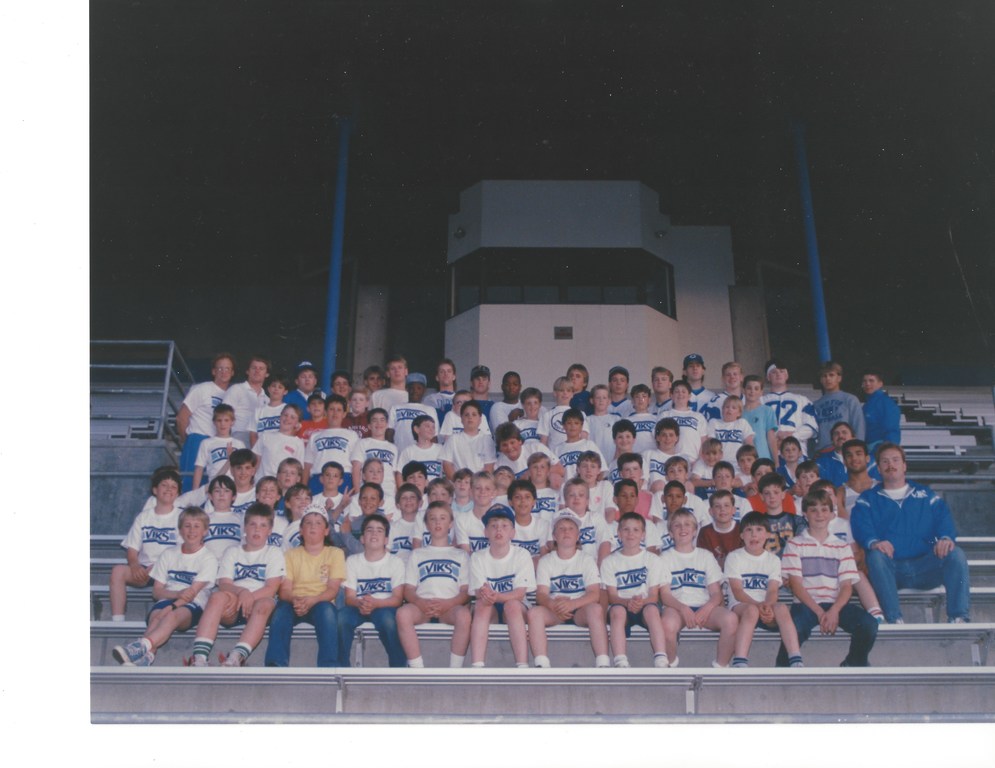 Posted Sep 07, 2020 at 07:42am
Jeff Haugh—a true warrior. You fought the good fight, and your memory will live on in your beautiful family who we’re honored and blessed to have in our lives. Love to the Haugh’s from the Camuso family.
Comment Share
Share via: 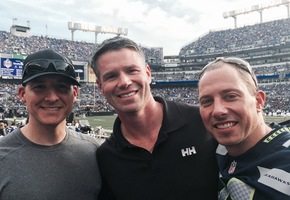 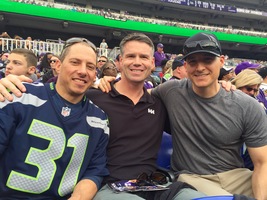 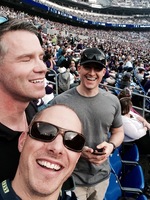 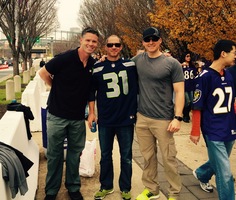