To share your memory on the wall of James Morakis, sign in using one of the following options:

Print
On Saturday, February 1, 2020 James "Jim" C. Morakis, passed away at his home in Bowie, MD where he and his wife Diana lived for 55 years. He was born on January 21, 1928 in Chios, Greece to the late Costantinos and Eleftheria Morakis.

... Read More
On Saturday, February 1, 2020 James "Jim" C. Morakis, passed away at his home in Bowie, MD where he and his wife Diana lived for 55 years. He was born on January 21, 1928 in Chios, Greece to the late Costantinos and Eleftheria Morakis.

He graduated from High School with a perfect score of all 20’s, making him the first student in the history of the school to achieve this honor. At 18 Jim emigrated to the United States with $2 to his name. After processing at Ellis Island he took a train from Grand Central Station to Charleston SC. For the next year, Jim lived and worked in his Uncle’s grocery store while attending The Citadel to study English. He received a free tuition scholarship at City College in NY, where he obtained a BS in Electrical Engineering; a Masters in Math from Columbia University, and a PhD in Electrical Engineering from the University of Maryland. While at Columbia and University of Maryland he taught Engineering courses.

After graduating from City College he was given the opportunity to work at Bell Labs. He assisted in the successful development of video conferencing (face-to-face via computer). His next big project took him to the engineering labs at the University of Michigan in Ann Arbor where he helped design infrared technology. After a stint with Bendix he relocated to Maryland and worked for Martin Marietta. This last stepping stone took him NASA at the Goddard Space Flight Center (GSFC) in Greenbelt, until he retired in 1998. (We are unable to share his accomplishments during the 34 years at NASA because the work was top secret and we don’t know what he did. However, we are told he is still a legend at the GSFC campus.)

He enjoyed snow skiing and conquered nearly every mountain from the US Rockies to the EU Alps. Jim’s passion for sailing led him to explore the rivers off the Chesapeake Bay.

Jim is survived by his wife of 66 years, Diana; his children, Dean of Buffalo, NY, DJ of Potomac, and Lisa of Bowie, a sister, Maria Pitaoulis of Chios, Greece; his grandchildren, Danae, of Bowie, Niko of Boston, MA, Chloe, Marisa and Sophia all of Potomac; one great-grandchild, Constantine. Visitation will be at Ss. Constantine & Helen Greek Orthodox Church, 2747 Riva Rd., Annapolis, MD on Tuesday, February 4, 2020 from 9:30 am until his funeral service begins at 10:00 am. Interment will follow at St. Demetrios Greek Orthodox Cemetery in Annapolis, MD.
Read Less

Posted Feb 03, 2020 at 12:55pm
Our thoughts and prayers are with you. Brother Manny and Phyllis Melachrinos and Family.

Peaceful White Lilies Basket was purchased and planted a memorial tree for the family of James Morakis.

Posted Feb 03, 2020 at 09:28am
Dearest Uncle Jim, You will always be in our hearts. All our love, Manny, Bessie, Chresanthe, Dina and Anastasia XOXOXO

Flowers were purchased for the family of James Morakis.

Bessie Staurulakis purchased flowers for the family of James Morakis.

Dina Stoides purchased flowers and planted a memorial tree for the family of James Morakis. 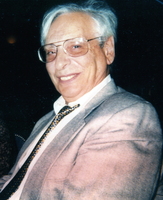