To share your memory on the wall of James Craig, sign in using one of the following options:

Provide comfort for the family of James Craig with a meaningful gesture of sympathy.

Passed peacefully at home following a courageous battle with cancer surrounded by family and close friends.

Passed peacefully at home following a courageous battle with cancer surrounded by family and close friends.

Jimmy is survived by his beloved wife, Debra Lynne (Padgett). Being at his side for more than 25 years, she has been his constant helpmate. They were rarely apart and a true love such as theirs was beautiful to see.

He is survived also by his two loving sons. His eldest, Dr. Christopher J. Craig (Marcia) of Stephens City, VA who directed his father’s care and in whom Jimmy had such confidence, and by his younger son, Heath R Craig (Lysette) of Sarasota, FL. Heath is a veteran like his father. His pride in his sons was evident to all who knew him.

He is also survived by two devoted step-sons. William L. Elliott (Jennifer) of Huntingtown, MD and Sergeant John R. Elliott (Lindsey) of La Plata, Maryland. Both men are grateful to their step-father for his loving care, support and fidelity.

He was the eldest son of the late James Nelson Craig, Sr. and his wife Catherine (Haynie) of Newburg, MD. Surviving him are his loving sisters, Janice Pitts (James) of Mechanicsville, MD and Patricia Galley (Larry) of Ponte Vedra, FL and his loving and steadfast brother, Bradley M. Craig of Newburg, MD. His brother Barton sadly predeceased him in 2002.

He is lovingly known as Poppy to his 16 grandchildren and three great-grandchildren. They, and we all, will miss his fun -filled spirit and zest for life.

Born and raised in Southeast, Washington DC. Jimmy was a 1958 graduate of Anacostia High School and received a degree in Business Management from Montgomery College in 1962.

Jimmy was a natural born athlete. He fired up the gridiron from his early days in Boy’s Club Football, to his outstanding performance at Anacostia High School. During his college football career as a tackle at Montgomery College, he was named by the National College Athlete Association as 1st Team All American in 1959 and 1960.

Fascinated all his life with the mechanics of building and construction, his interest naturally led to a successful career as a well-known and respected builder. In 1980 he formed J N Craig Builders, Inc. and developed two subdivisions, Spring Branch and Bealle Hill Estates in Prince Georges County. At the time of his death, he was working on his last project known as Marshall’s Landing.

For him there was a right way to approach any task or issue and he wasn’t shy to share his knowledge or expertise. That’s why he was affectionately known to all as the “Answer Man”. He helped anyone who called on him and if he couldn’t, he found someone who could help and made sure they did! Jimmy enriched the lives of all who knew him. We will not see his like again soon.

Family and friends may visit from 2PM-4 PM and 6PM-8PM on Wednesday, May 22, at Kalas Funeral Home at 6160 Oxon Hill Road, Oxon Hill, MD. A funeral service will be held on May 23 at 2:00PM at First Baptist Church of Waldorf 10045 Bunker Hill Road, Waldorf, Maryland.
Read Less

Tommy & Alex Sita, The Stayrook Family, and others have sent flowers to the family of James Nelson "Jimmy" Craig Jr..
Show you care by sending flowers

Posted May 22, 2019 at 11:06am
To a great man and friend.. It was truly a blessing to know and work with you all these years. You will be greatly missed! May you rest in peace.

Flowers were purchased for the family of James Craig. Send Flowers

The Stayrook Family purchased flowers for the family of James Craig. Send Flowers

Posted May 22, 2019 at 06:26am
Wishing you peace to bring comfort, courage to face the days ahead and loving memories to forever hold in your hearts. 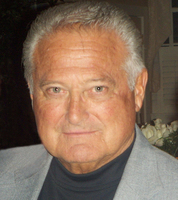