To share your memory on the wall of JAMES PRICE, sign in using one of the following options:

Provide comfort for the family of JAMES PRICE with a meaningful gesture of sympathy.

Print
James Francis Price passed away peacefully on the morning of August 22, 2019 surrounded by his family. Jim was a loving husband, father, grandfather and great grandfather. All who knew him were blessed by his guidance and love.

Jim wa... Read More
James Francis Price passed away peacefully on the morning of August 22, 2019 surrounded by his family. Jim was a loving husband, father, grandfather and great grandfather. All who knew him were blessed by his guidance and love.

Jim was born on November 6, 1929 in Brooklyn, NY, the youngest son of Edward and Jane Price. He was preceded in death by his siblings, Edward, Jane, John and Joan. After graduating from Fordham University and St. John’s University School of Law, he enlisted in the U.S. Army. He married the love of his life, Joan Gaffney Price on September 27,1952.

Jim had a distinguished career with the Federal Bureau of Investigation, specializing in Counterterrorism until his retirement in 1984.

Jim’s Roman Catholic faith and community were central in his life. He served in the Knights of Columbus, the Holy Name Society; coached youth sports and served in community organizations.

We encourage you to share your most beloved memories of JAMES here, so that the family and other loved ones can always see it. You can upload cherished photographs, or share your favorite stories, and can even comment on those shared by others.

The Youngers, Deanes and Wests, From your Washington Gas Family, and others have sent flowers to the family of JAMES FRANCIS PRICE.
Show you care by sending flowers

Posted Sep 03, 2019 at 12:04pm
I just happened to come across this sad news this morning.
What a wonderful man and what a beautiful life he had!
I have many fond memories of the entire Price family. God bless.

Posted Aug 29, 2019 at 05:19pm
What a wonderful man. We have had the privilege of knowing Jim for almost 25 years. A true gentleman, the smile depicted in the picture is the mirror on his persona. Even in the last year, during his valiant fight against aging, we never saw Jim where he didn't have that smile. We will always remember him as a man who cherished his family and always enjoyed being with them, A sign of his outlook on life and proof that he was a devoted optimist was his insane loyalty to the Redskins. Go in peace, sir.
-Tom and Chris Panther, Sharps, VA.
Comment Share
Share via:
TW

The Youngers, Deanes and Wests

Posted Aug 29, 2019 at 05:30am
Our thoughts and prayers are with you during this difficult time. May you find comfort in the many wonderful memories had with Pop.

The Youngers, Deanes and Wests purchased flowers for the family of JAMES PRICE. Send Flowers

From your Washington Gas Family

Posted Aug 28, 2019 at 07:54am
Please accept our most heartfelt sympathies for your loss... Our thoughts are with you and your family during this difficult time.

From your Washington Gas Family purchased flowers for the family of JAMES PRICE. Send Flowers 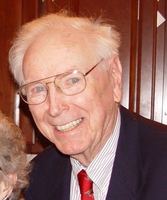 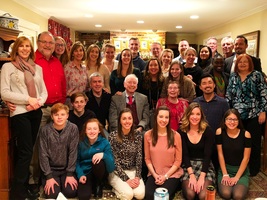 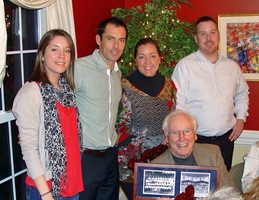 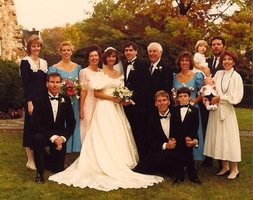