To share your memory on the wall of Irma Guy, sign in using one of the following options:

Receive notifications about information and event scheduling for Irma

We encourage you to share your most beloved memories of Irma here, so that the family and other loved ones can always see it. You can upload cherished photographs, or share your favorite stories, and can even comment on those shared by others.

Bonnie, Bob, Don, Gerald, Mike, Ben, and Gracie, Bob & Jeanne Woodward, and other have sent flowers to the family of Irma G. Guy.
Show you care by sending flowers

Posted Jul 26, 2020 at 11:46am
Irma was always willing to meet new people and make them feel welcome. I chaired the Heritage Harbour welcome committee for a few years and Irma was a visitor. She was one of the most open and friendly people I've met; Irma exuded enthusiasm. She will be remembered by many. Sally Ehrle
Comment Share
Share via:
BG

Posted Jul 16, 2020 at 01:46pm
In memory of and thanks for our aunt, friend, and inspiration. No words are adequate. To our dear family, our love and prayers are with you always.

Posted Jul 16, 2020 at 11:39am
And the beat goes on, the baton is passed - and we are all the better for her leading so many into such acts of kindness and generosity of spirit in fulfillment of the Christian call to go forth and serve. Irma welcomed all warmly, gave generously, shepherded her family well such that they also reached out to others in a generous and loving spirit. She was blessed; she was a blessing.May peace, love, and comfort wrap her passing in loving memories as you each step into the role of being the family "elders" and carrying the torch forward to light the way for those who follow.
In loving memory, Linda Cooper
Comment Share
Share via:

Posted Jul 15, 2020 at 10:30pm
Irma was a wonderful friend and neighbor. We enjoyed her immensely! She loved coming over to see our grandchildren, sit and have a chat with us and always loved the gardens. She would invite us over often and we had many enjoyable conversations.

I will miss her calling me on the phone, "Hello, my dear" and listening to her stories of her family and how much they meant to her. She would come to our estate sales and to our shop, not necessarily to purchase anything, but just to stop by so she could spend more time with us. It always made me smile when she did this.

She knew how to make people know that they were important to her. Irma was well loved!

Posted Jul 15, 2020 at 09:20pm
Our warmest condolences & wish the family peace during this sad time. We loved Irma! She was such a great neighbor! We will miss her. 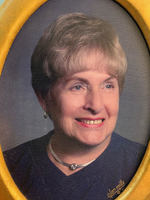 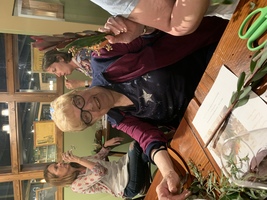 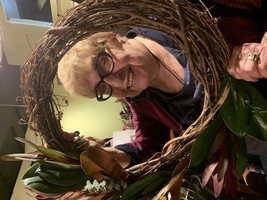