To share your memory on the wall of Gerald Palmer, sign in using one of the following options:

Provide comfort for the family of Gerald Palmer with a meaningful gesture of sympathy.

Print
Gerald “Jerry” D. Palmer, 76, of District Heights, MD and previously of Hyattsville, passed away on Sunday January 26, 2020 surrounded by his children.

Jerry was born March 7, 1943 in Washington, D.C. He was a 1961 graduate of Mackin Catholic High School in D.C. and was a member of the Army during the Vietnam War. He worked as a building engineer for the D.C. police headquarters and the superior courthouse and retired in 2001.

He studied the Bible and found nourishment in his Catholic faith. He was an artist, coached his children’s teams, loved soul and Motown music and cheered for the Washington Redskins, the Nationals, Capitals and Wizards.

He was predeceased by his parents, Robert and Marie.

Friends and family are invited to attend a celebration of Gerald’s life on Friday, February 14, 2020 from 9:30 am until a funeral service begins at 10:30 a.m. at the Kalas Funeral Home, 2973 Solomons Island Rd. A burial service will be held at 1 p.m. at Baltimore National Cemetery in Catonsville, MD.

In lieu of flowers, please send donations in his name to St. Jude Hospital.
Read Less

We encourage you to share your most beloved memories of Gerald here, so that the family and other loved ones can always see it. You can upload cherished photographs, or share your favorite stories, and can even comment on those shared by others.

Sweet Tranquility Basket was purchased for the family of Gerald Palmer. Send Flowers 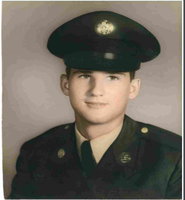 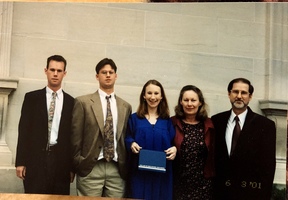