To share your memory on the wall of George McGeeney, sign in using one of the following options:

In lieu of flowers donations can be made in George’s memory to US Lacrosse, 2 Loveton Circle, Sparks, MD 21152 or on-line at https://give.uslacrosse.org/give/263260/#!/donation/checkout

Posted Mar 11, 2020 at 09:43pm
My Dear McGeeney Family (Brothers Mike, John, Tim and Sister Connie), On behalf of my dearly departed Wife Kathy ( Nov 4, 1957- Aug 19, 2019) and myself, Please accept my deepest and heart felt condolences. Your past Mom and Dad accepted me as one of their own and you all equally saw me as a brother as well especially George. I can never forget all the great times we spent together going to Lacrosse Games and attending family events. I knew George to have a huge love of life and family and lived it to its fullest everyday. I truly wish you all (especially All his children and Family loved ones) will find peace in their hearts in these sad times and know as I do that George will be with his Mom, Dad and past family members. I will miss you Brother George. Please give my Kathy a big hug for me when you see her. RIP Brother. Martin E
Comment Share
Share via:
JD

Posted Mar 01, 2020 at 02:20pm
Far too young for a man who has had such an impact on others! Nothing more to say.
My prayers and condolences go out to the entire McGeeney family ... so very sorry for your loss.
(I knew George only well enough to fear him and admire him on the field. Pretty sure he's in heaven with a new long pole, doing it all over again).
Rest in peace.

Posted Feb 29, 2020 at 06:25pm
Words cannot express how we are all feeling after losing George especially at such a young age. George had accomplished so much in his life and was starting a new chapter where he would be able to influence so many young and old and continue his lacrosse legacy. I feel blessed to be able to call George a friend as well as the entire McGeeney family. George had an impact on so many which was never more evident than the memories, laughter and tears shared during his Celebration of Life. My thoughts and prayers go out to his family and while George may not be here in physical form his spirit is in all of us to carry on. George (51) Godspeed to you until we all see you again.
Comment Share
Share via:
TF

Posted Feb 27, 2020 at 02:38pm
I knew George Jr si.nce he was just a little boy. I knew Pat & George McGeeney, his mom and dad from the beginning of high school. I am so so sorry to know of George's passing so soon in his life and leave so many family members and friends missing him already. I apologize for not being able to attend his service as I was ready to be in the very seldom presence of all his siblings who I love dearly. But unfortunately I fell ill and I have been thinking of everyone every minute of this day. My heart is full of love and sorrow. Time will heal our soul and memories will last forever. George, for some reason, was taken too soon and we will never know why. May he watch over his family from afar and keep them safe and happy. God bless. Lux tua luceat. This was and still is my high school motto - Let Your Light Shine.
Comment Share
Share via: 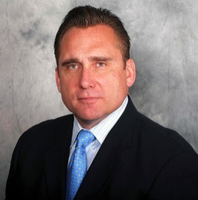 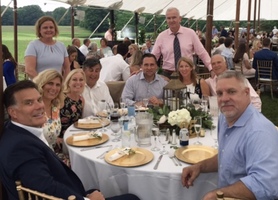 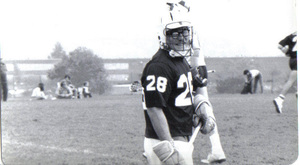