To share your memory on the wall of George Alexander, sign in using one of the following options:

Provide comfort for the family of George Alexander with a meaningful gesture of sympathy.

George attended Cardoza High School and Cortez Business School in Washington, D.C. He served in the U.S. Army during World War II, in the 60th Ordinance Ammunition Company. He was awarded the WWII Victory Ribbon and the Asiatic – Pacific Theater Ribbon. He told many stories about the war and his assignment in Germany. After leaving the military, he was one of few African Americans to work at the Pentagon. Despite being a minority, he quickly advanced into a career as a Cartographer through his love of photography; traveling throughout the world taking pictures of landscapes and geographical representations in area maps. In his spare time, George help coach the Pentagon basketball team – who knew his passion for sports would lead the team to victory and assist him in earning a promotion at the Pentagon.

While at the Pentagon, George illustrated for the Pentagon “political satire “magazine identifying his unique talent as an artist. After his career at the Pentagon, George did not slow down working; he was a manager at Irving’s Sporting Goods Store. We all know George was clean as a whistle; he could be seen working at Macys Jewelry department in some of the best men’s suits. He had an amazing work ethic which he passed along to his children.

A special thanks to a devoted daughter in-law, Dr. Lulu Hester-Alexander for her constant love and support throughout the years.

Funeral arrangements will be announced at a later date. Entombment with Military Honors will be held on Friday, august 16, 2019 at 1 p.m. at Maryland Veteran's Cemetery, Cheltenham, MD The family of George Albert Alexander wish to express their sincere thanks and appreciation for the many calls, emails and kind acts of expression.

He will be sorely missed.
Read Less 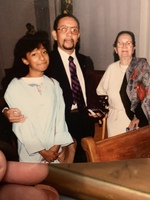 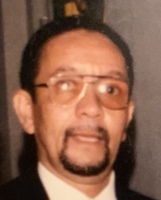 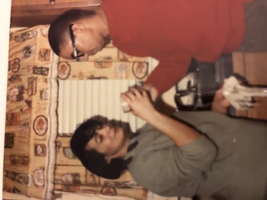 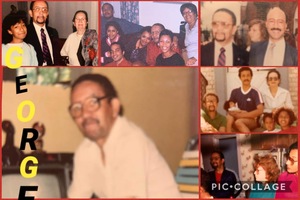