To share your memory on the wall of Col. Frederick Crow, Jr., sign in using one of the following options:

Provide comfort for the family by sending flowers or planting a tree in memory of Col. Frederick Crow, Jr.

Provide comfort for the family by sending flowers or planting a tree in memory of Col. Frederick Crow, Jr.

Receive notifications about information and event scheduling for Col. Frederick

We encourage you to share your most beloved memories of Col. Frederick here, so that the family and other loved ones can always see it. You can upload cherished photographs, or share your favorite stories, and can even comment on those shared by others.

Barbara Murray and Chuck and Patt sent flowers to the family of Col. Frederick A. Crow, Jr.
Show you care by sending flowers

Posted Jun 30, 2020 at 10:55pm
These last years had to be very difficult for the family. You are in my thoughts. Rick, thank you for contacting me.

Posted Jun 28, 2020 at 05:34pm
Fred was our Ops Officer in the 433rd Sq of Col Robin Olds' 8 TFW. He was lead when I flew with him in Mar 67 on the 2nd mission against probably the most heavily defended target in N Vietnam--the Thuy Nuyen Steel Mill. We lost three of 16 a/c. Fred was absolutely the most fearless person I ever flew with. His radio calls were so confident--like we were on a training mission in the states, while flak was bursting all around us. He was a fighter pilot's pilot--we all looked up to him. And, he had a wry, wonderful sense of humor. Truman Spangrud Lt Gen, USAF ret.
Comment Share
Share via:
MC

Posted Jun 26, 2020 at 09:57pm
Our heartfelt condolences are for the Crow Family. Our Dad's shared a cell together in North Vietnam and loved each other ever since. We will always remember Col. Crow as a true American Hero. God Speed and say Hello to our Dad for us in Heaven.
-The Crumpler Family
Comment Share
Share via:
RC

Posted Jun 22, 2020 at 04:59pm
My late husband, Ken Coskey, was a fellow POW. I have fond memories of Fred and Mary Crow. They visited us in Arlington and we enjoyed visiting them once at Nags Head. A very special time was a weekend trip to NYC to attend the wedding of the son of another POW, the late Byron Fuller. These men are sorely missed but will be remembered and loved by those left behind for many years to come. May they rest in peace. Sincere condolences to the Crow family, Rosemary Coskey

Posted Jun 21, 2020 at 01:42pm
I had the pleasure of participating with Fred in his “ROMEOS” (Retired Old Men Eating Out) group for almost two decades and Mary often joined us. He was indeed a true gentleman with a wicked wit and sly humor.
He is missed. My condolences to all the family. 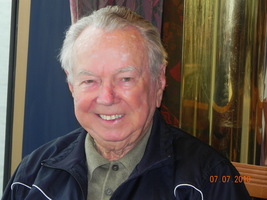 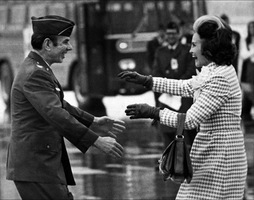 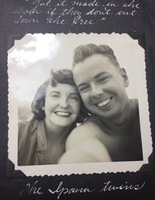 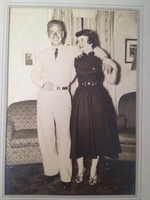