To share your memory on the wall of Frank Kravitz, sign in using one of the following options:

Print
It is with great sadness that the family announces the passing of Frank Stanley Kravitz Jr., 80, of Annapolis on October 8, 2020, after a valiant, five year battle with multiple myeloma.

Frank was born on December 17, 1939, to Frank Stan... Read More
It is with great sadness that the family announces the passing of Frank Stanley Kravitz Jr., 80, of Annapolis on October 8, 2020, after a valiant, five year battle with multiple myeloma.

Frank was born on December 17, 1939, to Frank Stanley Kravitz Sr. and Josephine Dzerzinski Kravitz in Wilkes-Barre, PA. At a young age, his family moved to Baltimore. Frank graduated from Baltimore Polytechnic Institute in 1957. He graduated from the University of Maryland with a bachelor’s degree in Electrical Engineering and received his master’s degree from George Washington University. Frank worked as a Senior Engineer at IIT Research Institute, now known as ALION, where he worked on communications and supported the US Army through his work for over 40 years.

Frank was an avid skier and met his wife at an Annapolis Ski Club event. They were married on May 6, 1978. He also enjoyed sailing, traveling with his family and listening to jazz music. He loved cars, watching the Baltimore Ravens, doing research on the computer, reading mystery and science fiction novels, and cuddling with his grand pups.

In addition to his parents Frank was preceded in death by his sister, Gloria Davis and an infant brother, Richard Kravitz.

Frank is survived by his loving wife of 42 years, Cathryn Kravitz; his son and daughter in law, Michael and Natalie Kravitz; brother, Tom Kravitz; daughter, Lucinda Rezek, and her children, Jordan and Melody; numerous nieces and nephews and two grand pups, Gretchen and Savannah.

A celebration of Frank's life will be held on Wednesday, October 14 from 11am until a service begins at 12pm at the Kalas Funeral Home and Crematory, 2973 Solomons Island Rd, Edgewater, MD. Social distancing guidelines and masks are required.

In lieu of flowers, a donation may be made to American Cancer Society. Please take a moment to sign the online guestbook.
Read Less

Receive notifications about information and event scheduling for Frank

We encourage you to share your most beloved memories of Frank here, so that the family and other loved ones can always see it. You can upload cherished photographs, or share your favorite stories, and can even comment on those shared by others.

Your hula sisters sent flowers to the family of Frank Stanley Kravitz Jr.
Show you care by sending flowers 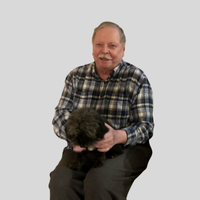