To share your memory on the wall of Fannie Winstead, sign in using one of the following options:

We encourage you to share your most beloved memories of Fannie here, so that the family and other loved ones can always see it. You can upload cherished photographs, or share your favorite stories, and can even comment on those shared by others.

Posted Feb 26, 2020 at 04:17pm
Hello, My name is Isabel. My older sister is 14 , I'm 12 my brother is 11, my sister is 9 and my youngest brother is 6. We felt especially close to Fannie. I am so sorry for your loss❤ I felt as almost I lost a grandmother. I can't imagine what your going through. Knowing Fannie was a huge blessing in our lives. We loved her so much! We miss her dearly. We know that we will see her again in perfect condition smiling with that huge welcoming smile we always looked forward too. My condolences to her family.❤ Job 14:13

Posted Feb 26, 2020 at 01:53pm
It was our family’s privilege to know Fannie. What a beautiful person she was! She absolutely loved children and was always so dignified and positive. What impressed us so much was her determination to be at her meetings, no matter the weather. We will always treasure the memories, and look forward to seeing her again in the promised Paradise.
May Jehovah grant the entire family peace at this time of great sadness. 2 Cor 1:3,4 Posted Feb 26, 2020 at 09:18am
Dearest Brenda, Amy, Bailey and family,
You have our deepest sympathy. We wish you comforting peace & healing memories. May you feel genuinely loved knowing that you and your dearest mom, grandmother & great grandmother are cared about & kept in our daily thoughts. Your tears of weeping are shared by many who loved her, especially the children. She was a beautiful person. It was an honor to know her strength, her dedication to Jehovah God & her desire to please him. We will miss her hugs and smiles at the Kingdom Hall. You all are always welcome there too. The way you visited Fannie in her final days & hours shows so much love & support. You all were a beautiful rich blessing that added to Fannie’s life. Posted Feb 25, 2020 at 09:10pm
Sister Winstead was always a pleasure to be around. May the hope of the resurrection, that she believed in, bring comfort to the family. My prayers and thoughts are with you. John 5:28,29❤️❤️
Comment Share
Share via: 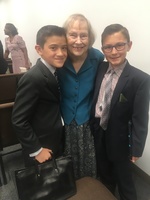 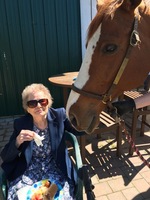 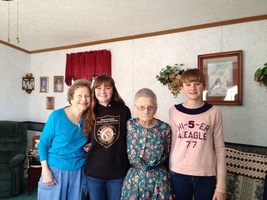 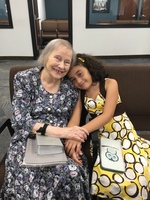