To share your memory on the wall of F. Ray Weems, sign in using one of the following options:

Provide comfort for the family by sending flowers or planting a tree in memory of F. Ray Weems

Provide comfort for the family by sending flowers or planting a tree in memory of F. Ray Weems

Receive notifications about information and event scheduling for F. Ray

We encourage you to share your most beloved memories of F. Ray here, so that the family and other loved ones can always see it. You can upload cherished photographs, or share your favorite stories, and can even comment on those shared by others.

Guaranteed hand delivery by a local florist
B

Posted Sep 19, 2020 at 12:01am
In loving memory of Mr Ray Weems, he was a great man, father and loving grandfather an friend! So so sorry for the Weems Family. Rip dear ray. You will be greatly missed! The fondest memories of a great man...
Comment Share
Share via:
SI

Flowers were purchased for the family of F. Ray Weems. Send Flowers

Posted Sep 18, 2020 at 07:59am
Lori, Jeff and Will: Please know that our thoughts & prayers are with you for the loss of your beloved father/grandfather. May he Rest In Peace.

Posted Sep 16, 2020 at 09:48am
Please accept our most heartfelt sympathies for your loss. Our thoughts are with you and your family during this difficult time.

Flowers were purchased for the family of F. Ray Weems. Send Flowers 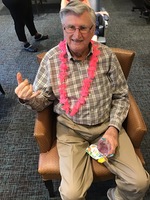 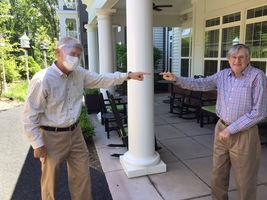