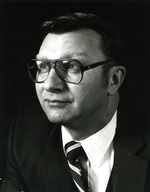 Ernest John Zaccanelli, 83, of Laurel, MD passed away on April 18, 2020. Ernest was born in Syracuse, NY to the late Joseph and Jennie Zaccanelli on June 10, 1936. He served in the U.S. Marine Corps from 1956 to 1960 after which he joined the Laurel Police Department until 1965. Ernest went on to have a 30 year career at the Prince George’s County Sheriff’s Office. In addition to his parents, Ernest was preceded in death by his wife, Margaret; his daughter, Barbara F. Gibson and son, Roger Fleming. He is survived by his sister, Elizabeth Bendnati of Ohio and his son-in-law, Russell Gibson of Mechanicsville, MD; five grandchildren and five great-grandchildren. He will be missed by family and friends. Due to social gathering restrictions, all services will be private. Online condolences may be left by using the Memory Wall tab at the top of this page.